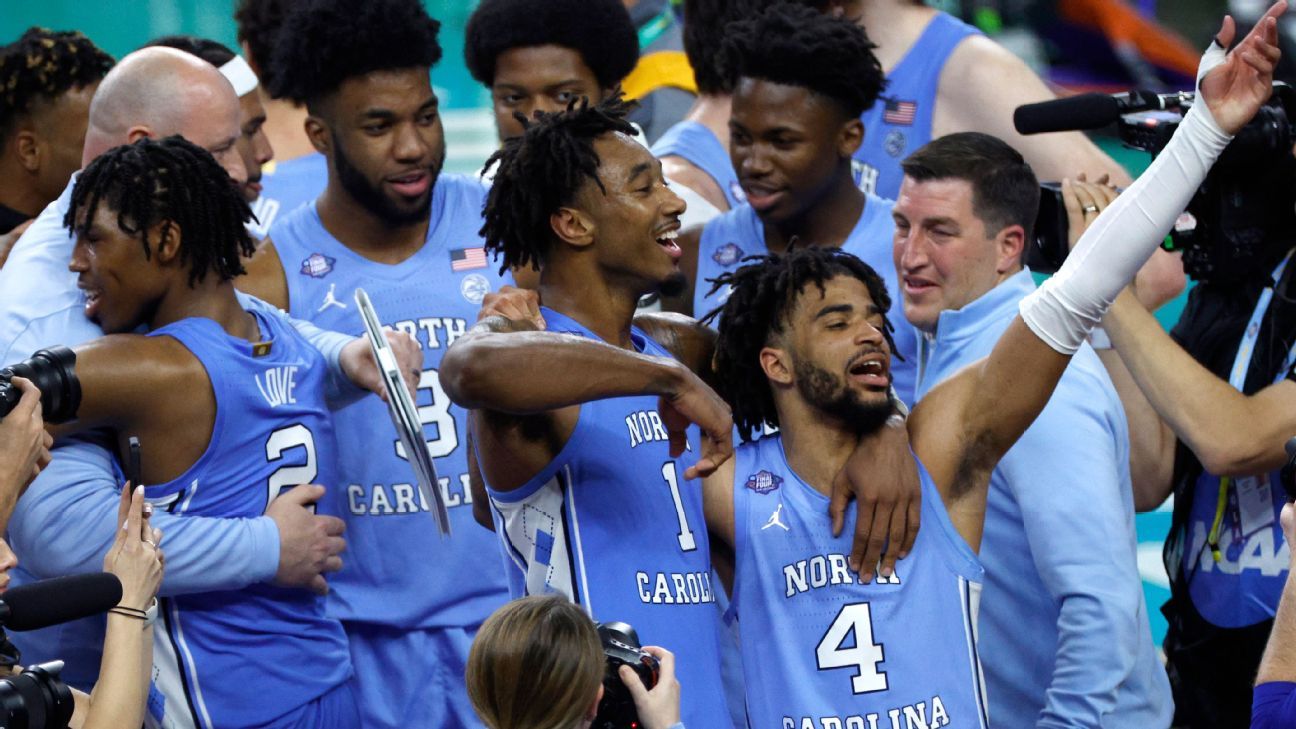 NEW ORLEANS — One could make the argument that no game in college basketball history featured the pregame hype of Saturday night’s Duke vs. North Carolina Final Four contest.

Given the historic ramifications of the first NCAA tournament game in the sport’s greatest rivalry — a spot in the title game at stake, potentially Mike Krzyzewski’s final game — it was always going to be difficult to match the incredible pregame buzz leading up to the contest.

As the Duke-Carolina rivalry tends to do, however, it answered the bell.

In one of the best environments the sport has seen, North Carolina edged Duke, 81-77, advancing to face Kansas in Monday night’s national championship game.

But Carolina made sure he wouldn’t get to a 10th title game on Saturday night.

Coming out of the final media timeout tied at 67, both teams refused to give up an inch. Trevor Keels hit a 3 with 2:07 left, followed by Brady Manek hitting one on the next possession — and Wendell Moore answering with a 3 of his own with 1:20 left.

But RJ Davis was fouled on the ensuing possession, hitting both free throws to give Carolina a two-point lead. Mark Williams missed two free throws on the next possession, and Caleb Love came down and hit a 3 to give the Tar Heels a four-point lead with 25 seconds left.

Love’s free throws in the final seconds would ice the game for North Carolina.

Neither team showed many signs of being caught up in the monumental pregame hype once the game tipped off. The two teams traded blows for most of the first half, with Duke’s six-point lead with 1:30 left the biggest gap in the opening 20 minutes.

“They don’t feel pressure,” Krzyzewski said earlier this week. “I’m amazed at that, try to remember being that age. I would have felt pressure and nervous and maybe a little bit afraid. They’re not. They are not. I admire that in them.”

Krzyzewski and Hubert Davis opened up with intriguing individual matchups. Paolo Banchero started on Leaky Black, with the much shorter Wendell Moore – and then Jeremy Roach – being tasked with chasing Brady Manek around defensively. Duke also had AJ Griffin defending Caleb Love, a size and length difference Love isn’t necessarily used to. At the other end of the floor, Davis went with Black — the Tar Heels’ best defender — on Griffin, opting to use Manek on Banchero.

Banchero consistently looked to attack Manek off the dribble, while Black’s energy — and the fact Banchero was stationed with one foot in the paint defensively — made a major impact early. Black hit a 3-pointer off a drive-and-kick and also snuck in for three offensive rebounds in the opening minutes.

One key entering Saturday’s game was foul trouble; which team would be able to avoid it? Early on, it was advantage North Carolina. Mark Williams picked up his second foul with 15:16 left in the first half and sat on the bench the rest of the half. Theo John gave Duke really effective minutes off the bench in place of Williams, but he picked up four fouls in just 11 minutes of action, forcing Krzyzewski to use a smaller lineup with Banchero at the center spot for the final four minutes of the first half.

Duke was at its best getting downhill and attacking the rim off the dribble. The Blue Devils were getting to the paint before Carolina’s defense was set or finding gaps in the Tar Heels’ half-court defense. They outscored Carolina in the paint, 26-14, in the first 20 minutes. Carolina countered by getting 14 first-half points from RJ Davis and forcing the ball inside to Armando Bacot, who proved impossible to contain in the first half.

One particular play — multiple offensive rebounds resulting in Bacot going to the line for free throws — prompted a couple of celebratory air-punches from Davis on the sideline.

“Way to go! Good job! Keep attacking!” he yelled to his players.

Only a Jeremy Roach three-point play with 3.1 seconds left in the half separated the two teams going into the break.

The start of the second half featured dramatic momentum swings in the opening minutes. Bacot picked up his third foul on a controversial play by Williams just 53 seconds into the half, with Duke opening up its biggest lead on a Banchero dunk the following play.

Just when it appeared Duke was grabbing all the momentum, Carolina responded with a 13-0 run featuring 10 points from Caleb Love. Love, a former five-star recruit who has had an up-and-down two seasons in Chapel Hill, has been one of the catalysts of the Tar Heels’ late-season surge. He struggled for most of the first half, but he sparked Carolina’s turnaround once again.

“You should always act like you’ve been there before, but the way Caleb is playing, he can do whatever he wants to do,” Davis said earlier in the week.

Duke responded quickly, immediately going on a 6-0 to tie the game. After a Banchero jumper tied the game again with 10:52 left, there was a collective nod of appreciation: once again, the Duke-Carolina rivalry lived up to the hype.

The second half featured remarkable momentum swings. Following a 5-0 Carolina run highlighted by a Bacot basket-and-foul that also gave Williams his fourth foul, the Tar Heels looked to be firmly in control. Then Duke responded with a 6-0 run that took just 34 seconds, sparked by a Banchero block on a Bacot dunk attempt.

Perhaps the only moment to quiet the crowd came with 5:18 left. Bacot landed awkwardly on Black’s foot and limped to the bench with one teammate under each arm for support. He went straight to the end of the bench under his own power, got checked out and checked back in less than one minute later.