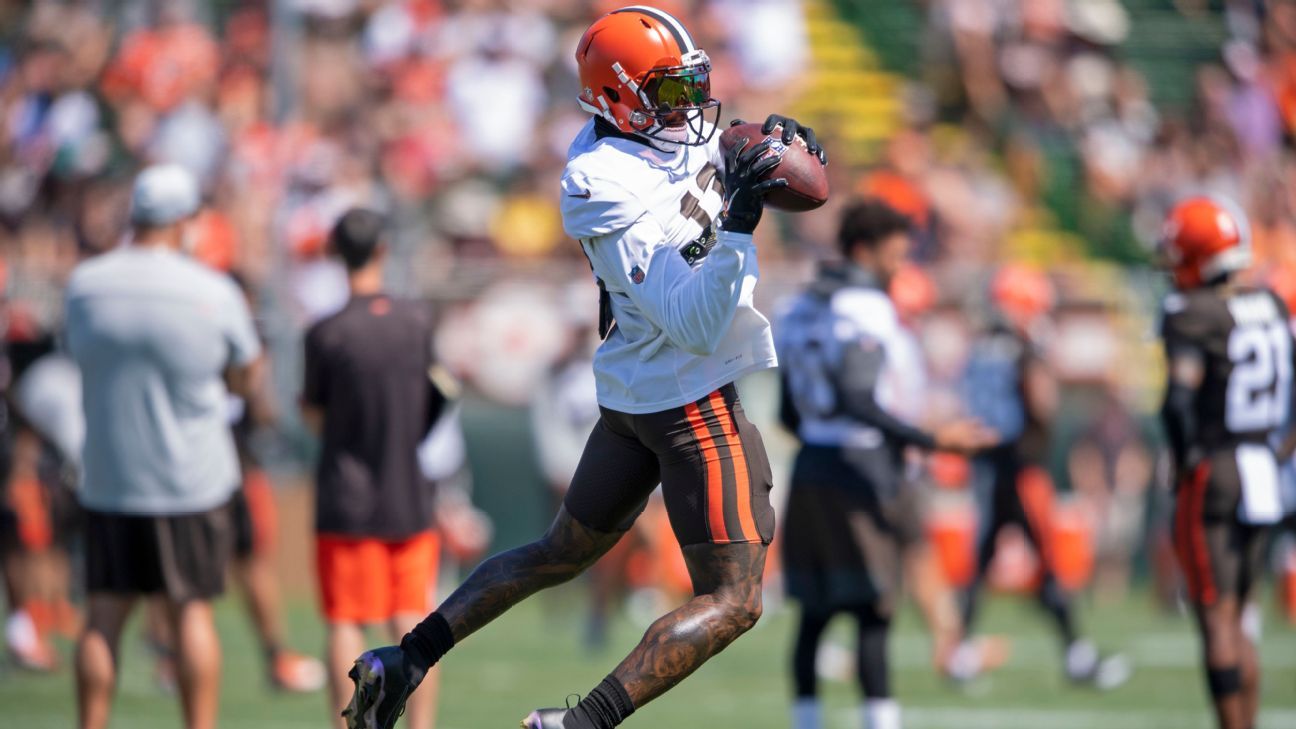 KANSAS CITY — OBJ’s return will have to wait.

On Friday, Browns coach Kevin Stefanski said Beckham’s status would be a game-time decision. Two hours before kickoff, Beckham was running sprints on the field and warming up to test his surgically repaired left knee.

Beckham had been a limited participant throughout training camp as he worked his way back from the surgery to repair a season-ending injury. But over the past two weeks, he had begun to ramp up his activity in practice, taking part in both team and 7-on-7 scrimmaging drills.

Beckham has battled injuries since arriving in Cleveland in a trade from the New York Giants two years ago. Last year in Week 7, he went down with a torn ACL while attempting to tackle a defender after an interception.

The Chiefs are without safety Tyrann Mathieu, who is one of their inactive players. Mathieu was on the NFL’s COVID-19 list and missed practice all week. But he was moved to the active roster Saturday and was stretching with teammates during early warm-ups at Arrowhead Stadium, sparking thought he would be available against the Browns.

The Chiefs also are without defensive end Frank Clark, who missed all of the preseason with a sore hamstring. Clark was listed as questionable for Sunday’s game on the Chiefs’ final injury report of the week.