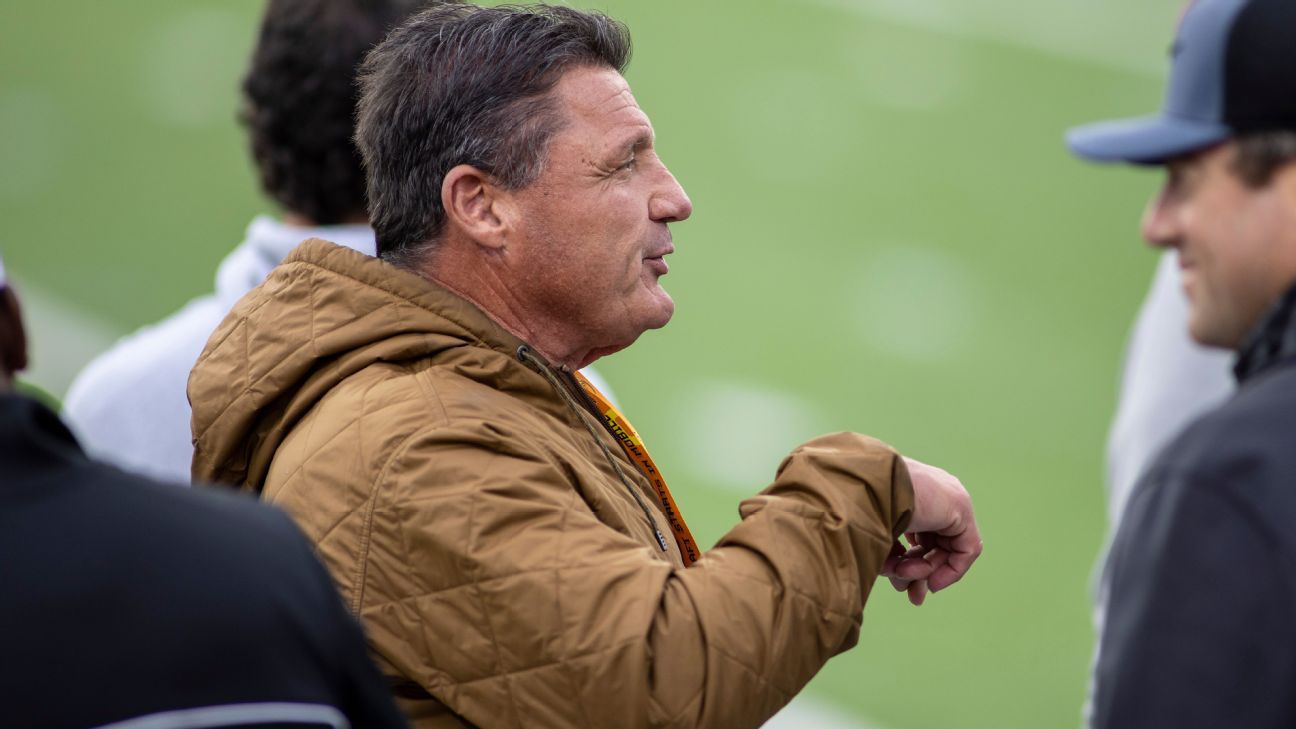 It’s a bizarre coaching connection between the schools, as former Notre Dame coach Brian Kelly left to replace Orgeron at LSU in late November, after it was announced in mid-October that Orgeron would not return in 2022. Freeman, who replaced Kelly at Notre Dame, also interviewed with Orgeron at LSU in early 2021 for the Tigers’ defensive coordinator position.

Freeman said he met Orgeron during his interview at LSU last year, and called him “a great human being.” They stayed in contact, even after Freeman called Orgeron to say he wasn’t taking the job.

Orgeron has three sons, Tyler and twins Parker and Cody. Parker and Tyler were members of his LSU coaching staff.

“He was like, ‘I would love for my sons to be able to come up and experience what Notre Dame football is all about,'” Freeman said. “I said, ‘Coach O, sure, whenever you want to come up.'”

Freeman said they arrived on Monday and are leaving Thursday or Friday.

“Anytime you have somebody that has done the things he’s done — he has 43 years, I think he said today, of experience … I’m a fool to not try to grab some of that knowledge,” Freeman said. “I had a chance to have him talk to the team. He’s been at some of our meetings, I pick his brain on different things as a head coach. He presented to our staff today on his vision, some of the things he’s learned in 43 years of coaching on what it takes to have a successful football program. And so for us, it’s been just as beneficial to have him here as hopefully it has been for his sons.”

Notre Dame defensive lineman Isaiah Foskey said Orgeron spoke to the players on Tuesday and told them they’re like a “fist,” in that they are better together instead of five individuals spread out like fingers on an open hand.

“We’re all greater together,” Foskey said. “He was talking about the O-line, we saw an incident where one person went down, and everyone picked up and kept going, surrounded him. We’re better as a team.”

According to a video provided to ESPN of Orgeron speaking to the Fighting Irish, Orgeron told the players they’re going to win a national title.

“I don’t know when it’s going to happen,” he said, “but with this staff, and this team, you’re going to win it all.”