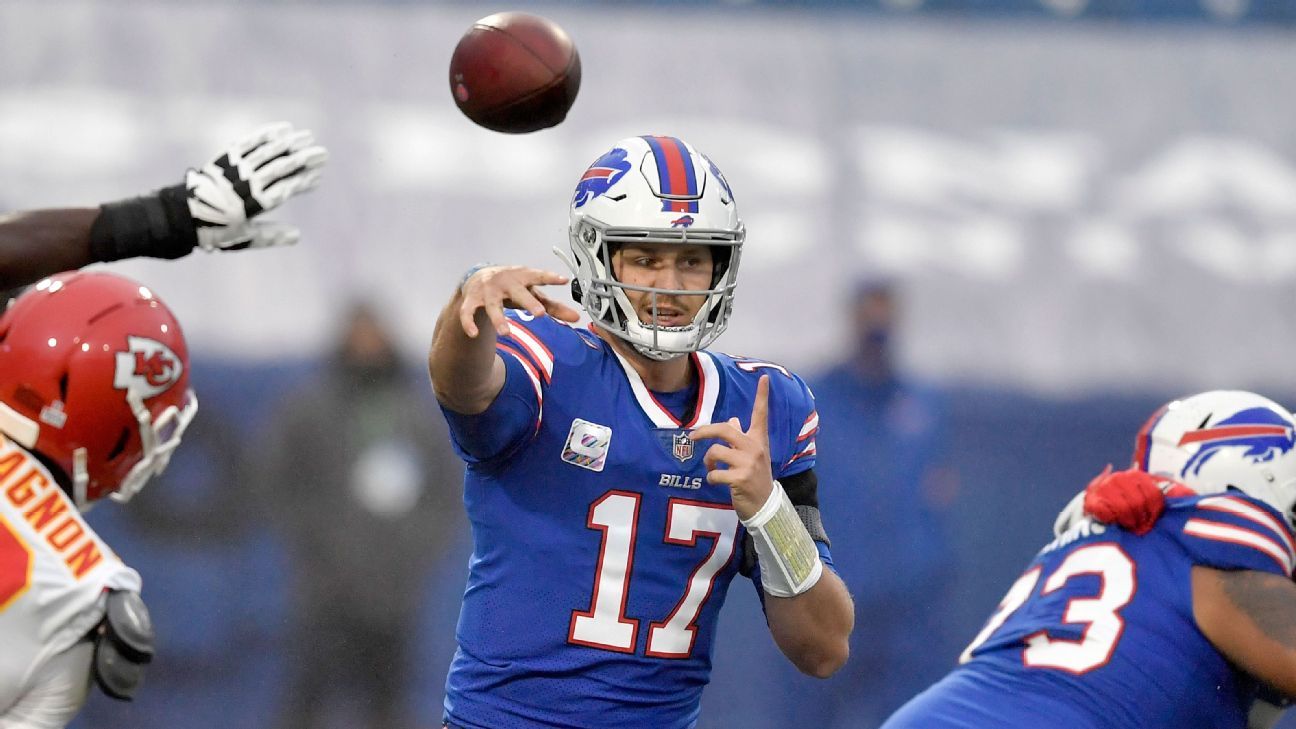 KANSAS CITY, Mo. — After losing a pair of games to the Kansas City Chiefs last season (most notably the AFC title game), the Buffalo Bills are eager to prove they have effectively closed the gap between themselves and their old AFL nemesis.

Josh Allen and the Bills will get that opportunity when they face Patrick Mahomes and the Chiefs in the latest edition of their burgeoning rivalry at Arrowhead Stadium on Sunday night.

Buffalo (3-1) enters the showdown fresh off a 40-0 domination of the Houston Texans and touting one of the NFL’s best defenses. After a rare two-game skid, Kansas City (2-2) hopes its Week 4 victory over the Philadelphia Eagles signified a return to its winning ways. One thing is for certain: Each team comes into the matchup boasting one of the most exciting young QBs in the league.

Now that Mahomes, Allen and Stefon Diggs are officially in the building, let the game(s) begin.