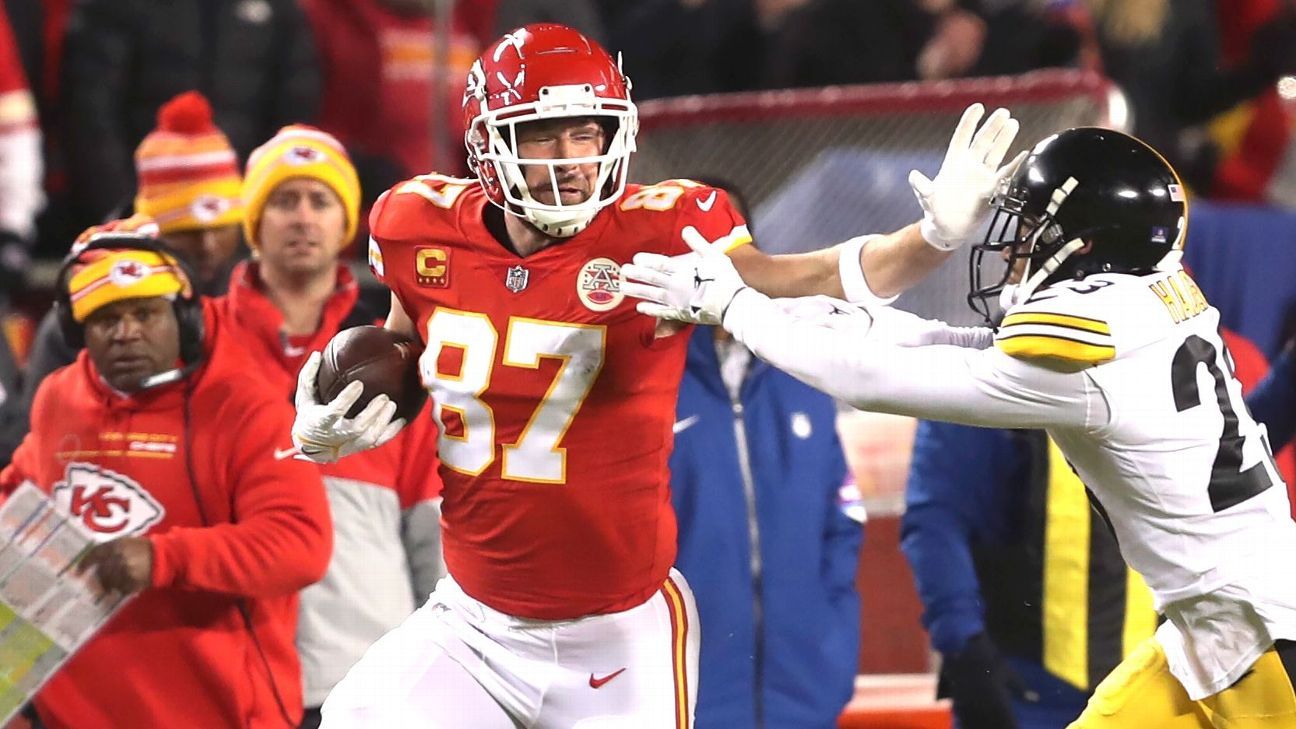 KANSAS CITY, Mo. –The Kansas City Chiefs took a 21-7 lead at halftime on Patrick Mahomes’ third touchdown pass of the second quarter in the AFC wild-card game at Arrowhead Stadium.

He threw a 48-yard pass to Travis Kelce with 13 seconds remaining on 3rd-and-20. Kelce made the catch at the Pittsburgh 20 and made his way untouched into the end zone.

On a first-and-10 from the Kansas City 31-yard line with 10 minutes, 41 seconds remaining in the second quarter, the Chiefs snapped the ball to wide receiver Mecole Hardman, who fumbled the hand-off to running back Darrel Williams.

It gave the underdog Steelers an early 7-0 lead.