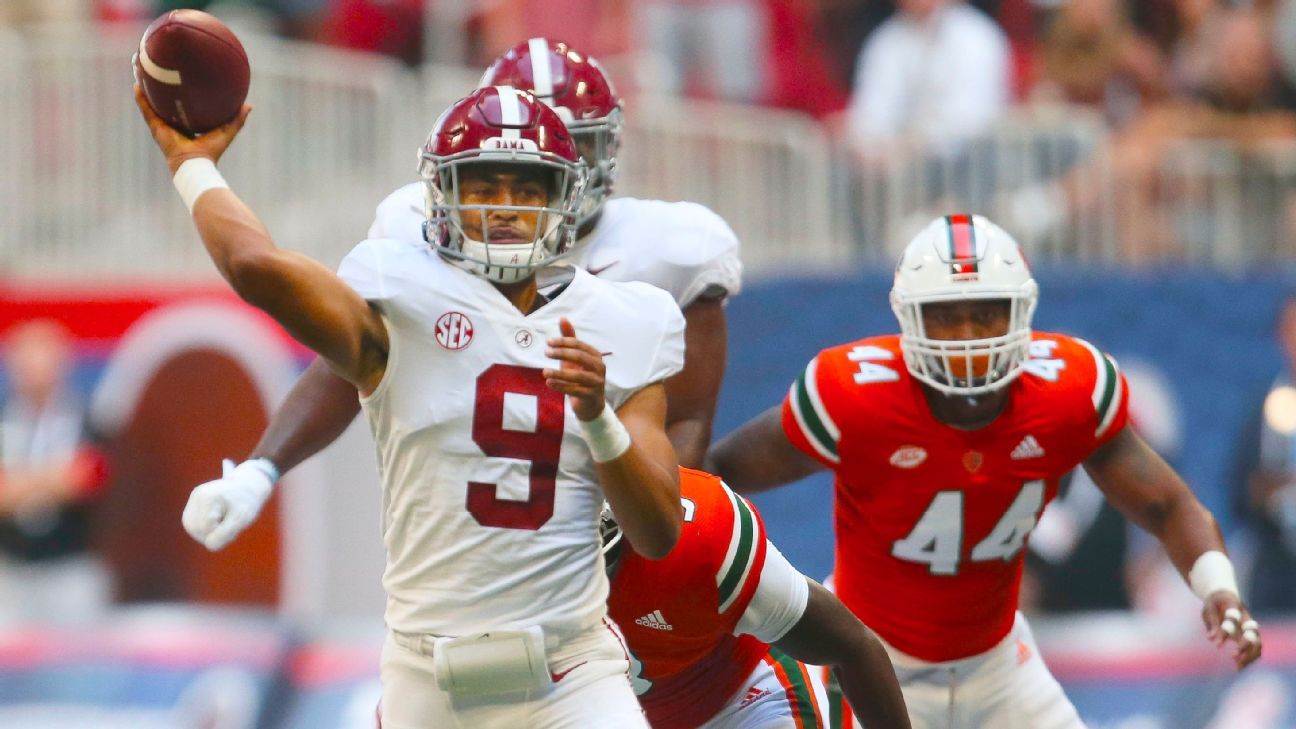 Bryce Young‘s first start as Alabama’s quarterback proved historic as he set a school record for passing touchdowns and yards in a debut as a starter in Saturday’s 44-13 win over Miami.

Young, a sophomore, had four passing touchdowns midway through the third quarter with Alabama dominating Miami, 41-3. His 344 passing yards are also the most ever by an Alabama quarterback starting his first game.

A former five-star prospect out of California, Young played sparingly as a freshman last season. He was the primary backup to Mac Jones, who was selected in the first round of the NFL draft by the New England Patriots.

Young’s 94-yard pass to Jameson Williams against Miami is tied for the second-longest touchdown pass in Alabama history.