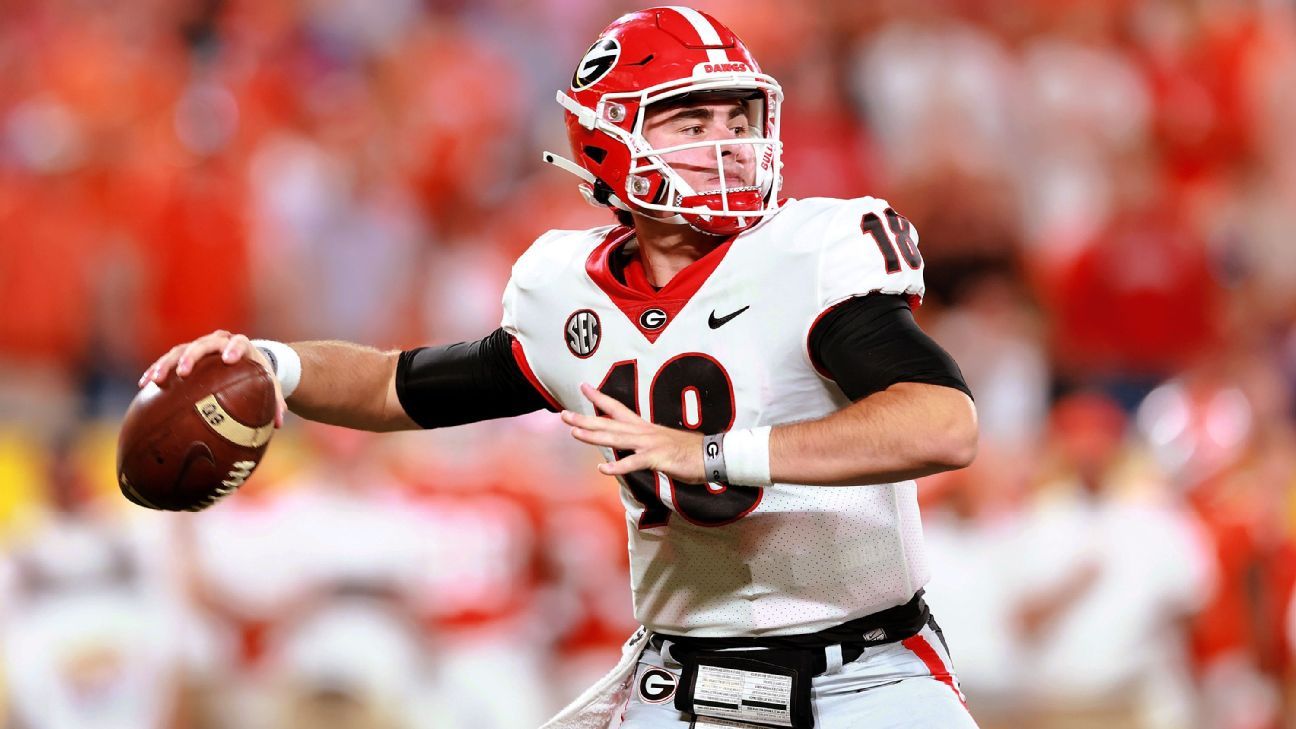 Daniels, who is dealing with a lat injury, ranks eighth in the FBS in total QBR (87.6) through four games for the No. 2 Bulldogs (12 p.m. ET/ESPN and ESPN App).

“It’ll all depend on how J.T. does in warmups,” Bulldogs coach Kirby Smart told ESPN. “He’s been able to go some this week. We’re hopeful he’ll be able to go, but we’ll see in warmups.”

Jefferson, meanwhile, has a strained PCL and was wearing a knee brace in practice this week for the No. 8 Razorbacks.

” I think we’ll find out a little bit more in pregame, kinda see how he’s doing,” Arkansas coach Sam Pittman told ESPN. “He’s practiced for the most part, but limited this week

Earlier this season, Daniels didn’t play in a 56-7 win against UAB because of an oblique injury. Backup Stetson Bennett started for the Bulldogs, with five touchdowns on 10-for-12 passing. Daniels played only the first quarter of last week’s 62-0 victory at Vanderbilt, and Bennett and third-stringer Carson Beck finished the game.

The latissimus dorsi muscles, commonly known as lats, are the V-shaped muscles that connect the arms to the vertebrae column.

Jefferson tweaked his knee in last week’s victory against Texas A&M. He ranks 14th in FBS in passing efficiency (170.1) and is second with an average of 10.8 yards per completion. Overall, he has thrown for 844 yards and six TDs.