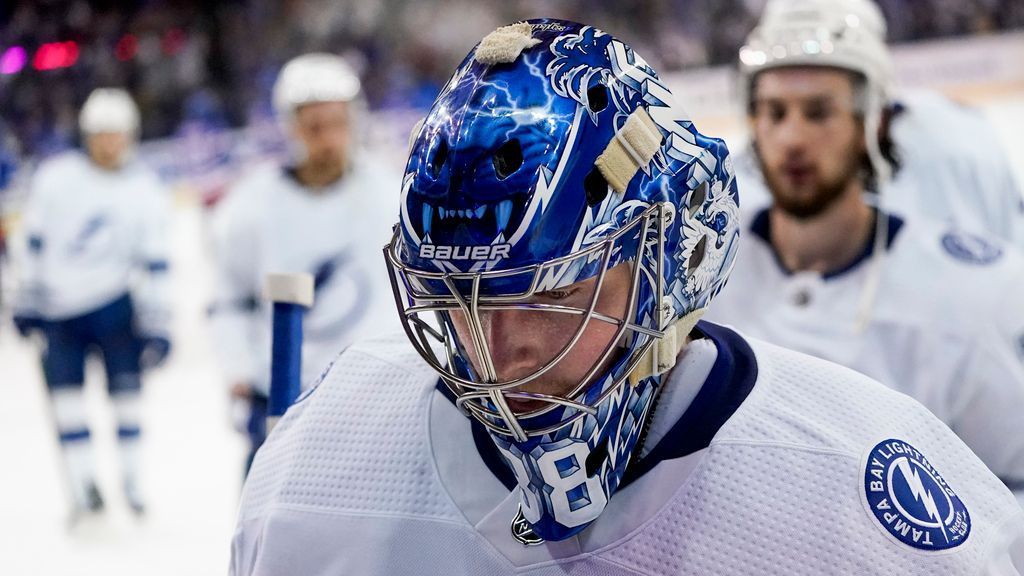 NEW YORK — The New York Rangers won Game 2 of the Eastern Conference Final and ended an NHL-record streak for the Tampa Bay Lightning in the process.

The two-time Stanley Cup champions had won 18 straight games following a loss in the Stanley Cup Playoffs, last losing consecutive games in April 2019. Those losses came during a sweep by the Columbus Blue Jackets, which was the last time the Lightning were down 2-0 in a series before the Rangers’ 3-2 win on Friday night at Madison Square Garden gave them consecutive victories to start the conference final.

“It’s been a heck of a ride in terms of responding after losses the last couple of years. It shows the character of this group,” said captain Steven Stamkos. “It’s the hardest trophy to win. You’re going to come across some adverse moments. This is certainly one of them.”

Coach Jon Cooper didn’t see the end of the streak as a debilitating movement for his team.

“At some point, you’re gonna lose two in a row in the playoffs. The fact that we haven’t in how many years is remarkable. You could take a second here and say, ‘hell of a job, boys.’ But for the most part, streaks come to an end, and it came to an end for us tonight,” he said. “Did it knock us out of the playoffs? It did not. Do we have a hill to climb? There’s no question. I don’t think I’m being Captain Obvious saying that. But I do think that we have better in us.”

The Lightning players after Game 2 said that the loss was due to poor execution on their part. Too many east-west plays and not enough north-south offense. Too many turnovers that led to Rangers’ chances. Allowing New York to control the puck for about half the game, before the Lightning found their game and a sense of urgency in the third period.

Cooper said that his team’s lack of urgency in the first two periods wasn’t because, in the back of their minds, the players knew they could fall back on the historical success of the streak.

“I’ll be honest: This is the first time I’ve talked about the streak,” he said. “Nobody talked about it. We know that it’s happened, but it’s never been talked about in our group. There’s no way our team is relying on ‘we don’t lose two in a row.’

The Lightning got on the board first thanks to star winger Nikita Kucherov’s power-play goal. The Rangers’ Ryan Reaves and the Lightning’s Pat Maroon got physical off the faceoff, but only Reaves was given a penalty. Kucherov’s blast through goalie Igor Shesterkin was his fifth of the playoffs at 2:41.

New York answered 3:18 later as defenseman K’Andre Miller collected his own rebound and fired the puck past Andrei Vasilevskiy for the equalizer. The Rangers took a 2-1 lead late in the first thanks to The Kid Line, their trio of young standouts that’s powered them in the postseason, working in concert with star defenseman Adam Fox.

Forward Alexis Lafreniere passed the puck over to Fox, who was stationed a few feet from the Lightning crease. He faked a shot to send defenseman Jan Rutta sprawling past him before sending a perfect pass to forward Kaapo Kakko for a defection goal, his second of the playoffs.

The Rangers took that lead into the second period and had the better of the play but were unable to add a third goal. Center Mika Zibanejad remedied that just 1:21 into the third period, banking a shot off the post and behind Vasilevskiy for his ninth of the playoffs. The goal tied Zibanejad with three other players for the longest home goal streak (6) in the last 30 seasons.

Nick Paul’s goal at 17:58 of the third period with Vasilevskiy pulled cut the lead, but Shesterkin helped slam the door with 13 third-period saves and 29 for the game.

One of the driving forces behind the Lightning streak was Vasilevskiy, who was 18-0 with a 1.49 goals-against average, a .942 save percentage and five shutouts. He’s now given up three goals in all three of his games after losses in this postseason.

“You just have to look at the team we’re playing and how they got here. Down two-zip in in their last series. Down 3-1 in the first round. The recipe is there,” he said.

Game 3 is Sunday afternoon in Tampa.