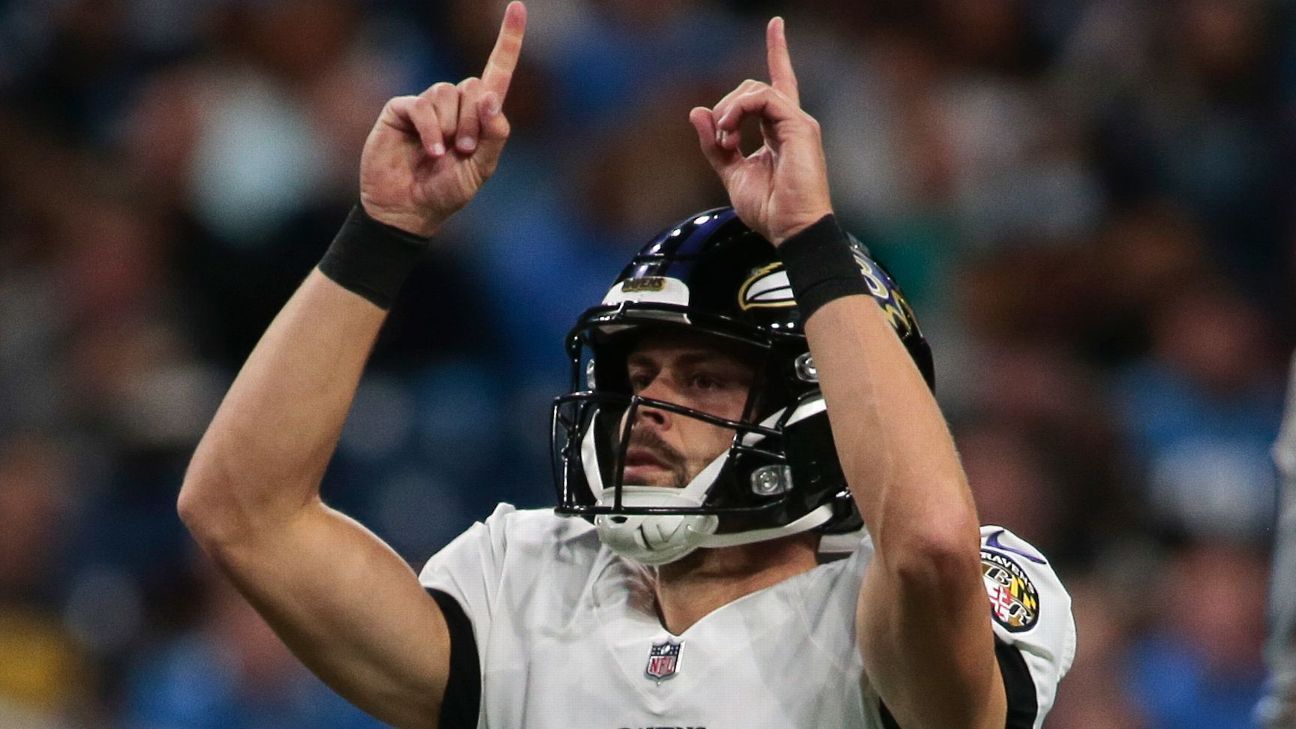 DETROIT — Justin Tucker hit a 66-yard field goal — the longest in NFL history — to lift the Baltimore Ravens to a 19-17 win over the Detroit Lions.

It was déjà vu for Tucker, whose 61-yard field goal won the Ravens’ last game at Ford Field eight years ago. That had been his previous career long.

The winning kick was set up by Lamar Jackson converting a fourth-and-19 with a 36-yard pass to Sammy Watkins.

Tucker improved to 16-for-16 in his NFL career on field goals in the final minute of regulation.