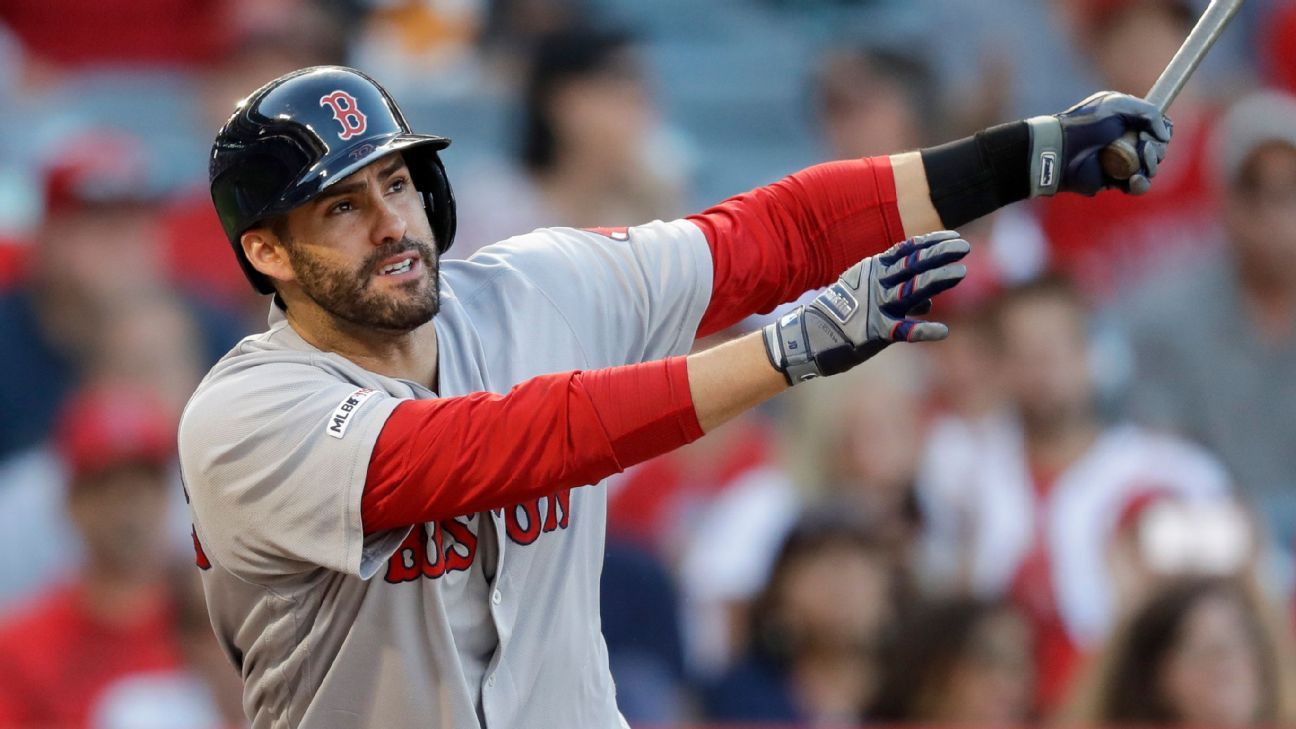 Boston Red Sox slugger J.D. Martinez has been left off the playoff roster for the American League Wild Card Game against the visiting New York Yankees on Tuesday night at Fenway Park as he continues to recover from a sprained left ankle.

Meanwhile, infielder Gio Urshela is on the Yankees’ roster after suffering a bruised right thigh and some cuts while making a diving catch into the Tampa Bay dugout in Sunday’s game.

Martinez suffered the injury in the fifth inning of Sunday’s regular-season finale when he tripped over the second-base bag while jogging out to right field. He continued getting treatment on the ankle Monday.

Outfielder Jarren Duran was included on the wild-card roster, giving Boston a potential speed option on the basepaths, as was Nick Pivetta, who threw an inning of scoreless relief against the Nationals on Sunday. Another player on the roster is lefty reliever Josh Taylor, who has not pitched since Sept. 22 while recovering from a back strain.

Chris Sale, who started Sunday’s game, was not on the roster.

Where Urshela will play for the Yankees — shortstop or third base — will be announced when starting lineups for Tuesday’s win-or-go-home game are released.

While Tampa Bay players quickly waved toward the home dugout for a trainer, Yankees manager Aaron Boone ran across the field and was followed by members of the medical staff. Pinstriped teammates gathered near the dugout entrance while Urshela was tended to.

“He looked like a missile flying in there,” Boone said. “It scared me to death.”

In other moves to the wild-card roster, Boone added Rob Brantly as a third catcher and shortstop Andrew Velazquez while designating relievers Andrew Heaney and Brody Koerner for assignment.