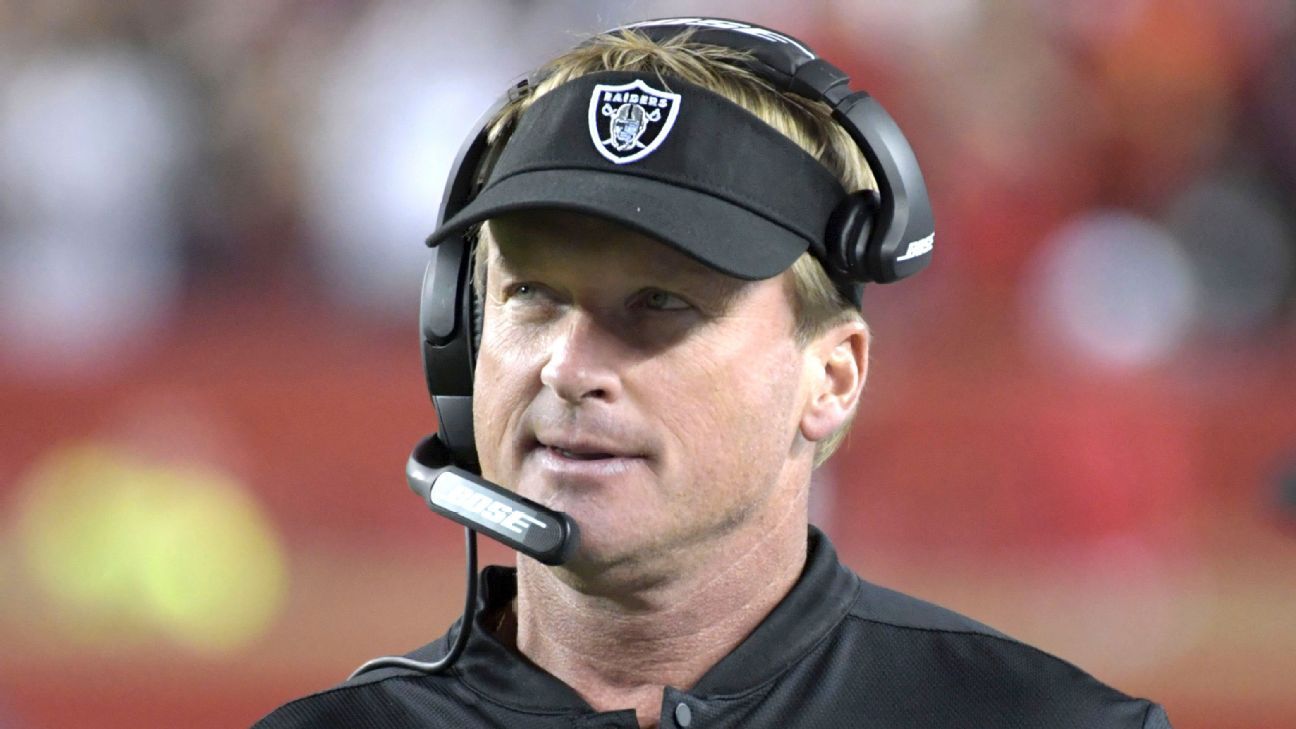 The NFL sent the Raiders additional Gruden emails to review, on top of the one about NFL Players Association executive director DeMaurice Smith that surfaced last week and others Gruden recently confirmed to ESPN, sources told ESPN’s Adam Schefter on Monday.

The NFL is actively monitoring the situation and waiting to see how the team will handle the matter, sources around the league said.

According to The Times, Gruden sent emails to Bruce Allen, then the president of the Washington Football Team, and others during a seven-year period that ended in 2018.

Gruden emailed Allen that NFL commissioner Roger Goodell should not have pressured then-Rams coach Jeff Fisher to draft “queers,” referring to former defensive end Michael Sam, a gay player drafted in 2014, according to The Times. The Times also reported that Gruden used an anti-gay slur in several instances while referring to Goodell, and used offensive language to describe some owners, coaches and media members who cover the league.

Gruden also denounced the emergence of women as referees in his emails, according to The Times, and said that Eric Reid, who kneeled during the national anthem to protest racial injustice, should be fired.

The Wall Street Journal reported Friday that one of Gruden’s emails from 2011 — which came to light during the NFL’s investigation of workplace misconduct with the Washington Football Team — included a racist comment in reference to Smith. Gruden apologized, saying that he is “ashamed I insulted De Smith” and added that he “never had a racial thought” when he sent the email.

Gruden was employed by ESPN at the time as the lead analyst for Monday Night Football.

“The comments are clearly repugnant under any circumstance,” ESPN said in a statement.