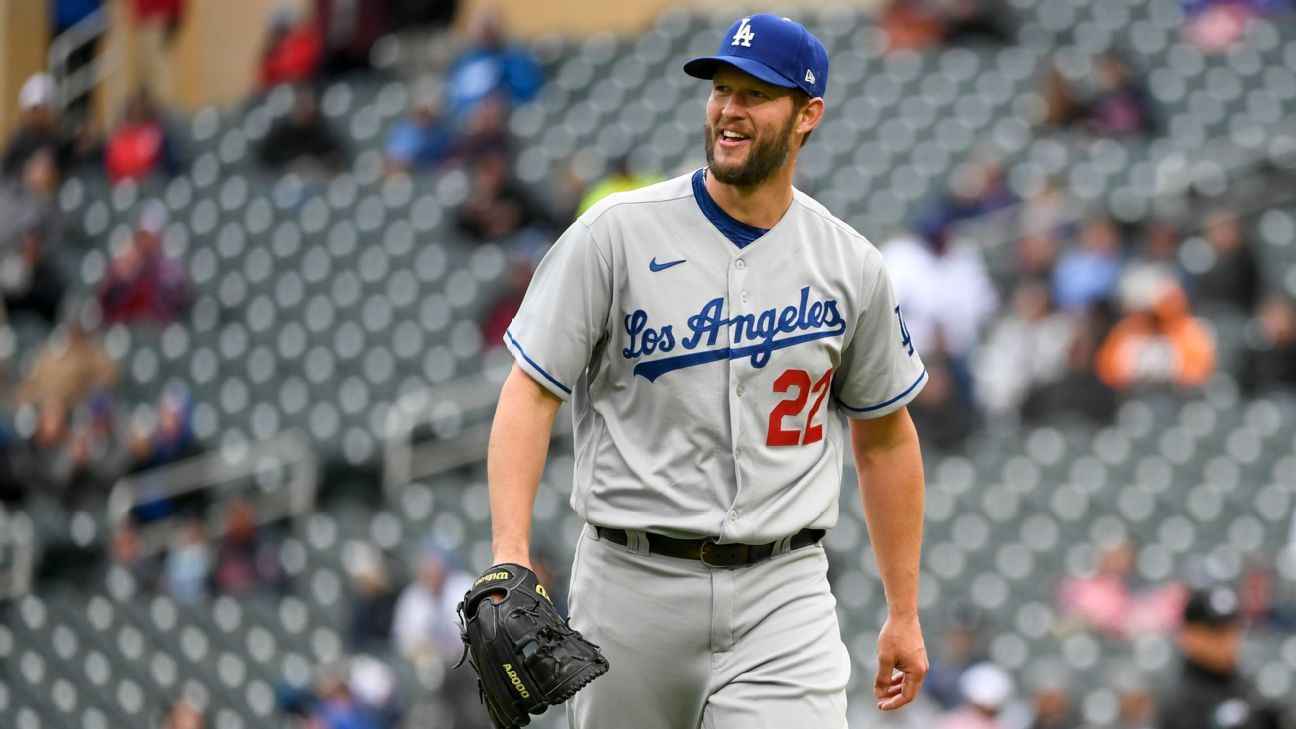 LOS ANGELES — Los Angeles Dodgers ace Clayton Kershaw woke up on Thursday morning and did what baseball fans throughout the country did when they watched him get pulled from a perfect game the previous afternoon — he wondered what could have been.

“But at the end of the day, in the moment, it felt like the right decision,” Kershaw said. “I can’t go back now.”

Kershaw was pulled with only six outs remaining in what was trending towards the first perfect game of his illustrious career. He had thrown only 80 pitches, and had recorded 13 strikeouts, by the time he made quick work of the Minnesota Twins in the bottom of the seventh.

But he was also making his season debut — after an abbreviated spring training, on the heels of a winter when he didn’t pick up a baseball until January and a season that saw him miss October because of an elbow injury.

Kershaw publicly defended the decision after Wednesday’s road trip finale and struck a similar tone before the Dodgers’ home opener on Thursday, but he also acknowledged that a younger version of himself might have handled it differently.

“Absolutely,” Dave Roberts said. “Clayton has grown immensely, as a ballplayer, as a man. His life has completely changed. That’s an easy yes — he would’ve reacted differently.”

Kershaw, now 34, became the second player in major league history to complete at least seven innings and get removed with a perfect game still intact. The other was his former teammate, Rich Hill, who suffered the same fate after throwing 89 pitches through seven innings against the Miami Marlins on Sept. 10, 2016. Roberts was the man who removed Hill, too. He was protecting him from ongoing blister issues, but later said he felt “stick to my stomach” about the decision.

“I’d like to think that we’re all fans of baseball,” he said. “I know I am. And so fans want to see great moments. I absolutely understand that. Clayton wants to see a great moment for himself, personally. But I can’t manage a ballclub and players with my fan cap on.”

Many others, most of whom expressed themselves through social media, strongly disagreed. Despite the circumstances, Roberts’ decision was widely viewed as a reflection of why the casual fan continues to elude baseball in the modern age, arguing that the over-protection of starting pitchers — much like the proliferation of advanced analytics — has continually stripped the sport of its soul.

Roberts was on the other side of a similar debate in Oct. 27, 2020, when Tampa Bay Rays manager Kevin Cash removed Blake Snell from World Series Game 6 while he worked on a shutout in the sixth inning and watched the Dodgers come back to win, and clinch the title, against his bullpen.

“If I was a fan, I would want to see somebody finish the game,” Kershaw said. “From a fan’s perspective, I do feel bad for that. I wish I could’ve done it. But yesterday wasn’t the day.”

Kershaw spent 10 weeks during last season’s second half recovering from soreness around his pitching elbow, suffering a setback in the early stages of his recovery. He returned in the middle of September, completed four starts, then felt a similar discomfort in the second inning on the first night of October, days before the start of the postseason. He walked solemnly off the Dodger Stadium mound that night and didn’t pitch again that season, watching as the Dodgers were eliminated by the Atlanta Braves in the National League Championship Series largely because their starting staff was running on fumes.

Many throughout the sport wondered if Kershaw might retire until he returned to the Dodgers on a one-year, $17 million contract that was agreed to almost immediately after the lockout was lifted on March 11. He made four Cactus League starts, then pitched the equivalent of five innings during a workout on April 7 and felt good throughout. But he hadn’t exceeded 75 pitches in any of those outings.

Asked what type of risk he would have put himself in by trying to finish the perfect game, Kershaw said: “There’s no way of knowing. I could’ve thrown nine innings and been fine for the rest of the season. I could’ve thrown two innings yesterday and be hurt the next day. Nobody knows. But in the moment, I felt like that was the right call for my personal health, the best interest of the team and me being ready in October. It all seemed like the right call at the time.”

Kershaw, a three-time Cy Young Award winner and one-time MVP, completed a no-hitter on June 18, 2014, and would’ve had a perfect game that day if not for an errant throw by Hanley Ramirez. Kershaw had that type of stuff on Wednesday, throwing his fastball an average of 91.8 mph and inducing whiffs on 63% of the sliders that were swung at. When Gavin Lux made a slick play up the middle to end the seventh, the possibility of a perfect game began to feel real to Kershaw. Moments later, Roberts informed him he was finished.

The 24th perfect game in baseball’s prolonged history would have to wait.

“It’s a special thing — I don’t take that for granted,” Kershaw said. “I understand the history of the game, I understand what it means to the game of baseball. There have been only 20-something throughout history, so I get that. But I said it the other day — the individual stuff is not why I continue to play the game. I wanna win. That supercedes anything individual for me.”

A similar decision famously backfired on then-New York Mets manager Terry Collins on June 1, 2012, when he allowed Johan Santana to finish a no-hitter that required 134 pitches. Santana, who still owns the only no-hitter in Mets history, struggled through 10 more starts that year, then later underwent a second shoulder surgery and never pitched again.

The opposite situation took place on Sept. 2, 1996, when Joe Torre removed David Cone seven innings into a no-hitter. Several weeks later, he dominated the Atlanta Braves in Game 3 of the World Series, helping the New York Yankees ultimately overcome a two-games-to-none deficit to win the championship. Kershaw is hoping for a similar outcome.

“From a fan’s perspective, it’s tough to swallow,” Kershaw said of not finishing his perfect game. “Hopefully when we’re winning the World Series in October it’ll mean something.”