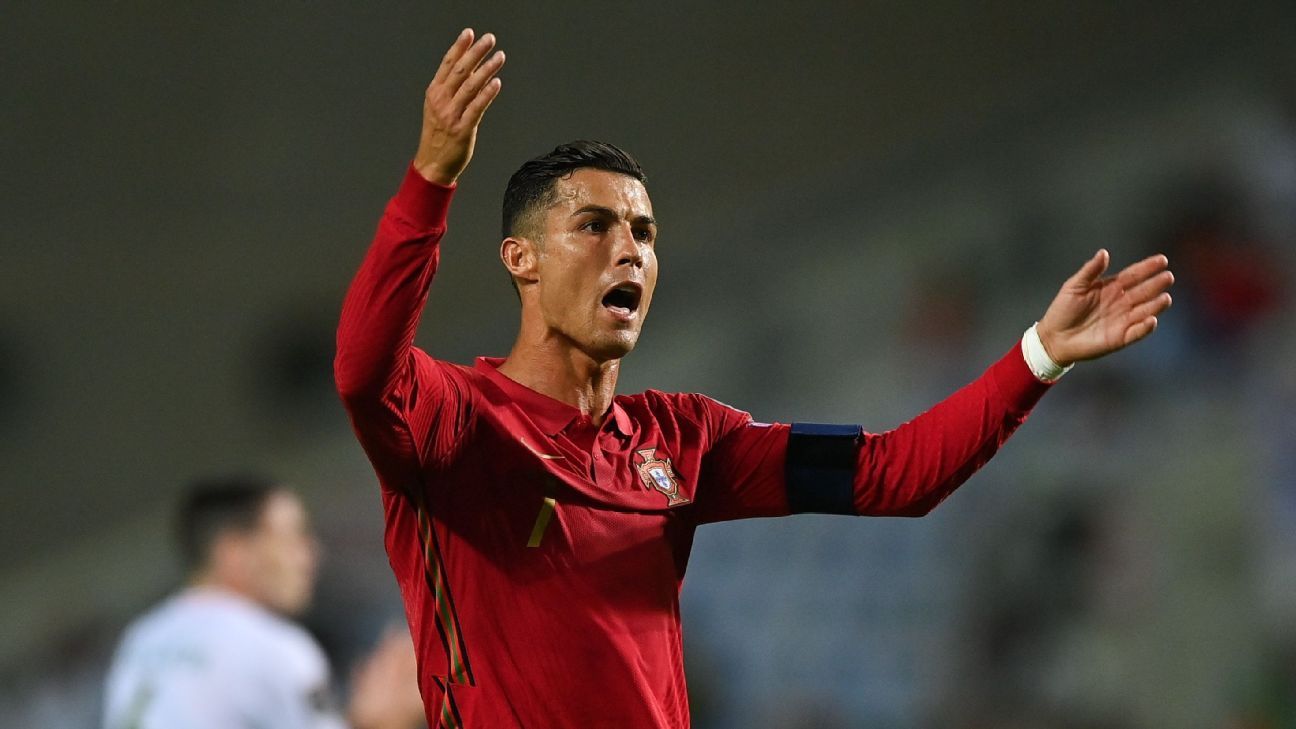 The newly minted Manchester United man’s record mark arrived in the 89th minute of Portugal’s World Cup qualifier against the Republic of Ireland. Goncalo Guedes swung in a cross from the right wing, with Ronaldo rising to meet the service and head home the record-breaking equaliser.

He added his 111th international goal in the sixth minute of stoppage time, leading his side to a 2-1 comeback win.

Ronaldo equalised Daei’s mark of 109 earlier this year at Euro 2020 with a two-goal performance in group-stage action against France. Both those goals in the 2-2 draw in Budapest came from the penalty spot.

The all-time international scoring record is held by Canada‘s Christine Sinclair who has 186 goals.

Ronaldo also made Euro history when he scored twice in Portugal’s opening group-stage game against Hungary to become the tournament’s all-time leading scorer with 11 goals.

He became the first man to appear at five Euros, second overall only to Italy‘s Carolina Morace who has appeared at six tournaments.

Ronaldo is the only man to score in five Euros, extending his own record.

The 36-year-old made his international debut in 2003 and his tally of 180 caps brings him level with Paris Saint-Germain defender Sergio Ramos as the European man with the most appearances for his national side.

Ronaldo has two major honours with Portugal, having led his country to success at Euro 2016 and the inaugural UEFA Nations League three years later.