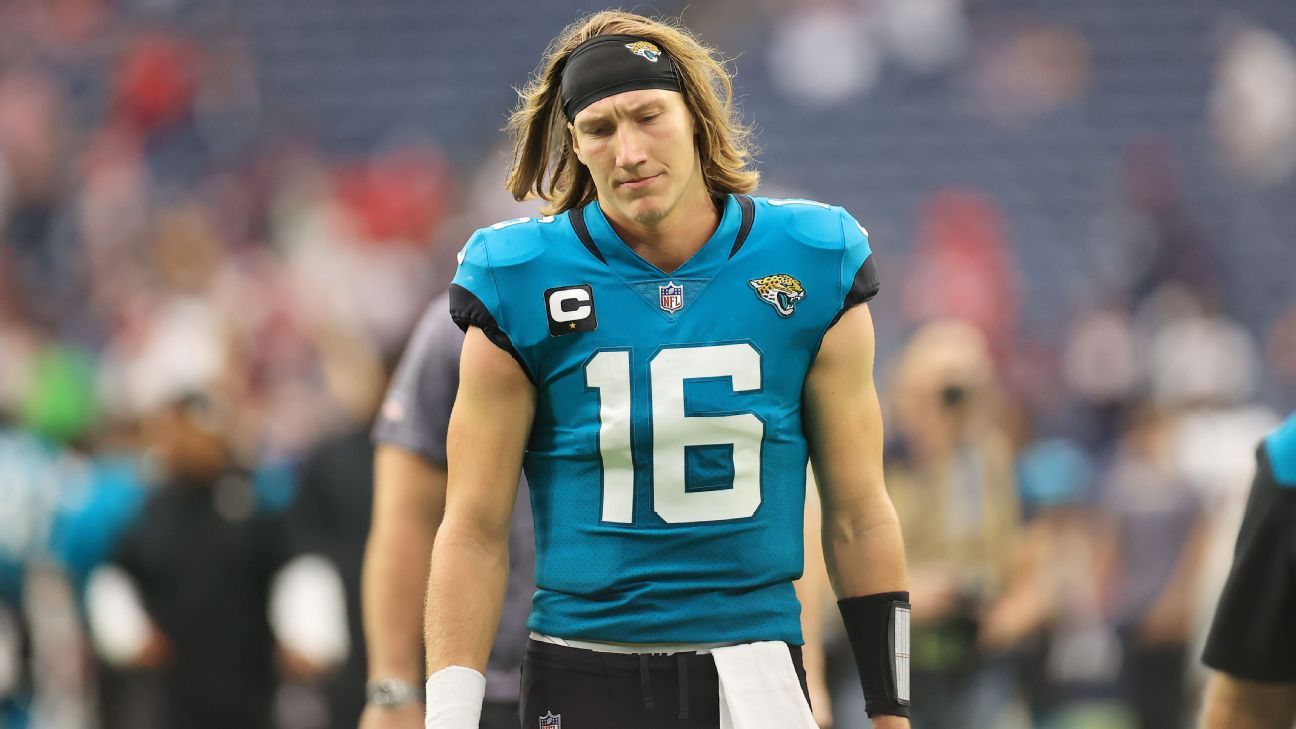 The NFL season is underway and remains plenty exciting for fans everywhere.

Week 1’s action was rich with comebacks, notable returns and an array of highlight-reel plays to kick off the season in proper form.

Of course, some of that excitement could be a tad overwhelming if you’re an NFL rookie adjusting to the style and speed of the game. In the case of first-year signal-callers, it will be key to note their progression throughout their rookie campaigns.

Top overall pick Trevor Lawrence of the Jacksonville Jaguars, Zach Wilson (second) of the New York Jets and Mac Jones (15th) of the New England Patriots each started in their official NFL debuts.

Both Trey Lance (3rd) of the San Francisco 49ers and the Chicago Bears‘ Justin Fields (11th) came off the bench in Week 1, but managed to find the end zone.

Let’s examine how the notable rookie quarterbacks fared in their first-ever NFL action.

Lawrence’s yardage total is the fourth highest in a debut in NFL history. Despite the impressive figure, he also tossed a trio of interceptions, something he never did over 40 career games with the Clemson Tigers. By the game’s end, Lawrence finished with his first regular-season loss in quite some time.

Trevor Lawrence’s loss vs. the Texans is his first regular season loss ever 🤯

That includes high school, college and the NFL. pic.twitter.com/6eUM6HDHsN

The Jets nearly pulled off the comeback after trailing 16-0, but their young signal-caller still showed plenty promise with a pair of touchdown passes.

In fact, he got quite comfortable as his teammates provided more time in the pocket. According to NFL Next Gen Stats, Wilson started just 1-for-11 with 35 yards and an interception on passes with over 2.5 seconds to throw.

He eventually finished 8-for-9 with a touchdown on such throws.

Despite attempting one pass in his NFL debut, Lance made it count over his four total snaps. His touchdown pass made him the first rookie in 49ers history — which includes the likes of Joe Montana, Steve Young and Colin Kaepernick — to throw a touchdown in his first career game.

Like Lance, Fields didn’t spend much time on the field but made it count on the scoreboard. The Bears’ rookie QB found the end zone on his lone rushing attempt while registering 10 yards through the air.

Fields became the first Chicago player with a rushing touchdown in his NFL debut since Matt Forte in 2008.

“He did a great job,” Nagy said after the Bears’ season-opening loss. “He’s a weapon for us. He obviously made a helluva run. … The times that he got in there, he did well … [and] we’ll continue to keep growing with that stuff.”

New England enters the season seeking a new chapter in the franchise’s storied history. Jones, who earned the starting job over 2015 MVP Cam Newton, showed plenty of promise in his NFL debut.

His 281 passing yards mark the most by a Patriots rookie in franchise history. Of those yards, 133 came in the first half, more than any Patriots signal-caller in any first half last season. Unfortunately, the Patriots’ four fumbles marked their highest such total in a season opener since 1993.