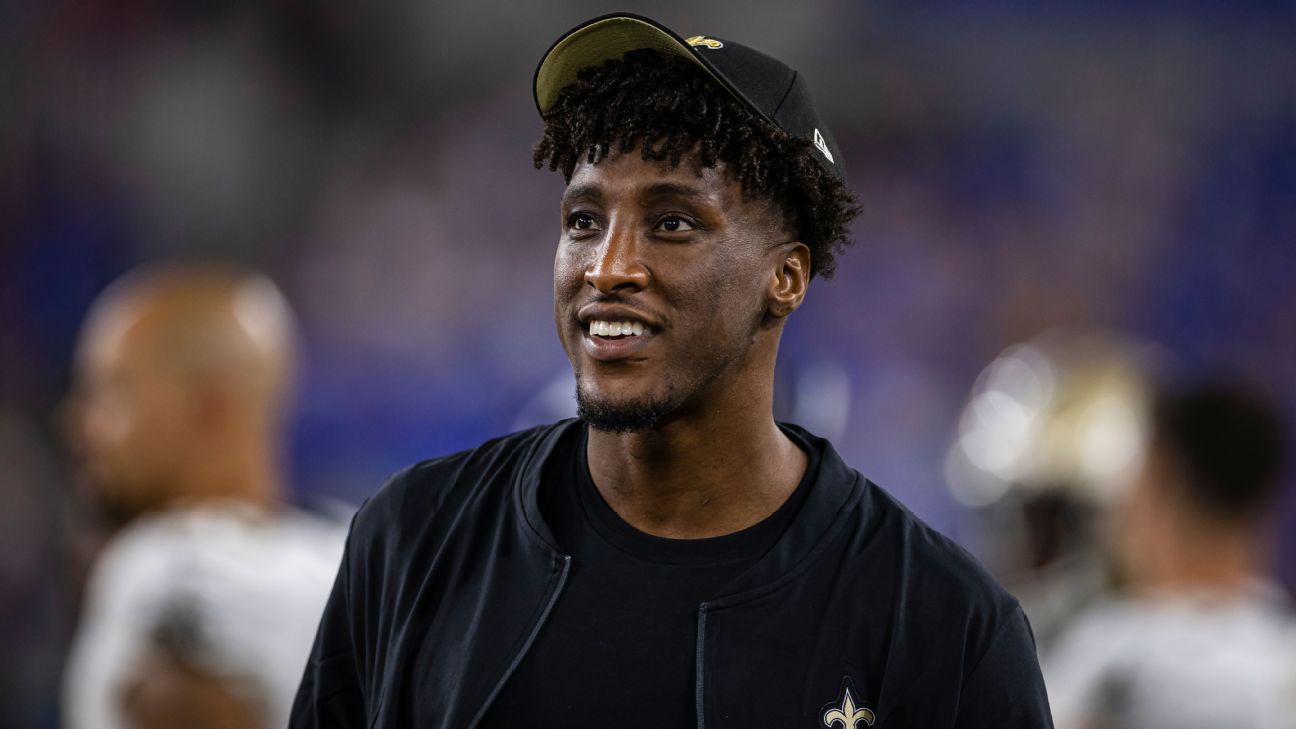 Receiver Michael Thomas is not yet participating in New Orleans Saints OTAs. But he is expected back from his ankle injury in time for training camp according to coach Dennis Allen, and he is present and rehabbing with the team during the voluntary workout period.

Meanwhile, quarterback Jameis Winston is already back on the practice field just seven months after he tore his ACL as both offensive pillars work their way back from major injuries.

Thomas, 29, missed the entire 2021 season with the ankle injury after he delayed his first surgery to repair multiple ligaments until June — then suffered a setback in November that required a follow-up procedure. The NFL’s 2019 Offensive Player of the Year has not been fully healthy since he initially suffered the ankle injury in Week 1 of the 2020 season and missed a total of nine games that season.

“I think he’s doing well in his rehab. He’s not ready yet. But he’s here, he’s rehabbing, he’s getting himself better. And we’re certainly anxious to get him out here,” Allen said. “I know that he’s working his tail off to get himself back. And we feel good about where he’s at right now.”

When asked if Thomas will be ready for training camp, Allen said, “That’s certainly our plan.”

“If I had a crystal ball and could tell you all these things, I’d probably be making a lot more money and doing something different,” Allen said. “But, yeah, our hope is that he’s gonna be ready to go for training camp. So that’s what we’re pushing for.”

Thomas’ presence at OTAs is notable since there was a lack of communication between player and team last spring — and then friction between the two sides after he opted to wait until June to have surgery.

But that tension appeared to have been defused early last season. And Allen has spoken positively about Thomas’ recovery and attitude throughout this offseason, saying that getting him back along with rookie receiver Chris Olave is like adding two first-round draft choices at the position.

When the Saints drafted Olave, Thomas immediately invited the fellow former Ohio State standout to come stay with him and train with him for a couple weeks in their shared home base of Southern California.

The Saints also signed free agent receiver Jarvis Landry after the draft as they continue to revamp the NFL’s 32nd-ranked passing offense from last season.

As for Winston, Allen cautioned that, “We’ve still got a ways to go to get him ready.” But he said, “I think he’s looked good. … We like the progress he’s making, we like where he’s at. And hopefully that will continue.”

Since OTAs are non-padded, non-contact practices to begin with, it’s hard to describe how limited Winston still is. But Allen stressed that the Saints will be smart with the 28-year-old’s timetable.

“Look, with the way that he works and how hard he works, it doesn’t surprise me,” Allen said of what Winston has been doing on the field already. “I think we’ve gotta continue to be smart with that, which I think we are. We’re continue to push to get him better, but yet try to be smart about it.”