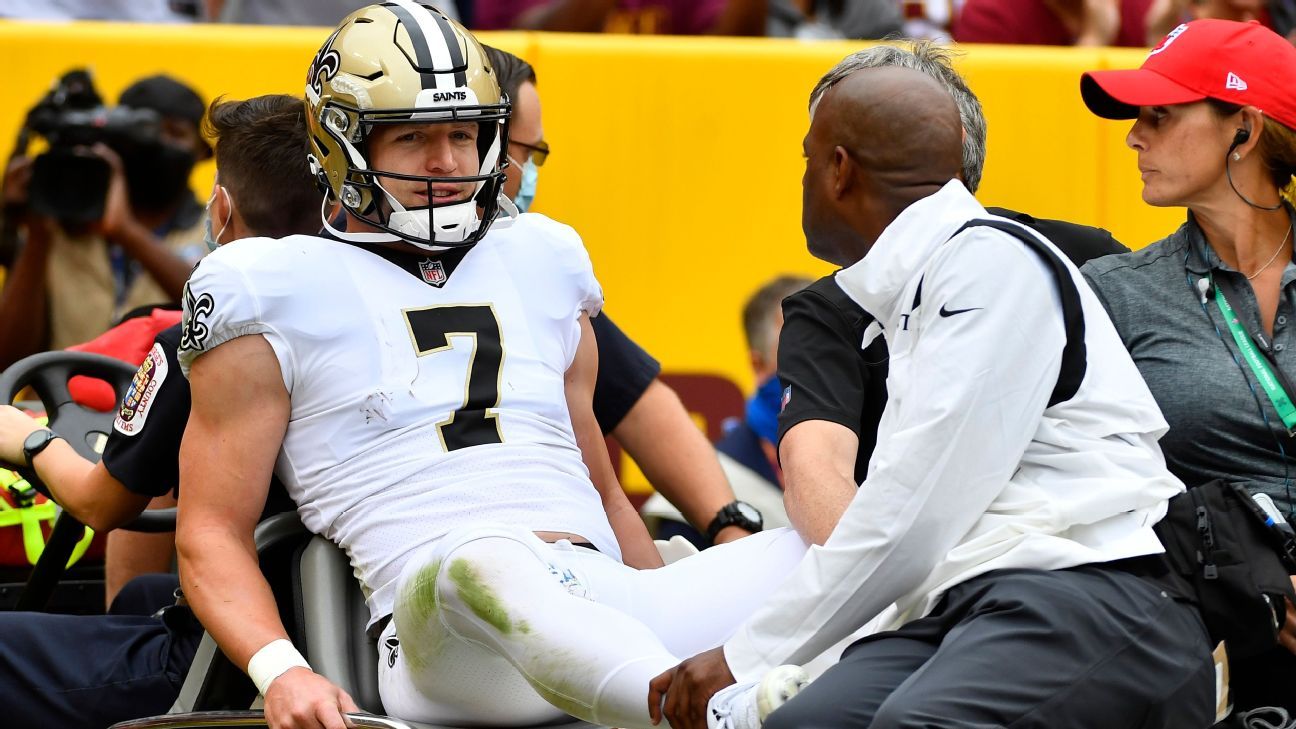 LANDOVER, Md. — New Orleans Saints quarterback/playmaker Taysom Hill was ruled out of Sunday’s 33-22 victory over the Washington Football Team with a concussion after taking a hard hit to the head in the second quarter.

Hill was lunging to try to catch a pass when he was hit by Washington cornerback William Jackson III. Jackson lowered his shoulder and appeared to hit Hill directly in the helmet with his own helmet/shoulder area.

Hill was down on the field for a couple of minutes before being carted — sitting up — to the locker room.

Hill has continued to play a valuable and versatile role for the Saints’ offense this season after losing the starting quarterback battle to Jameis Winston this summer.

The Saints will have a much-needed bye in Week 6 after being besieged by injuries early this season. They also have played without top wide receivers Michael Thomas and Tre’Quan Smith, who have a chance to return after the bye.