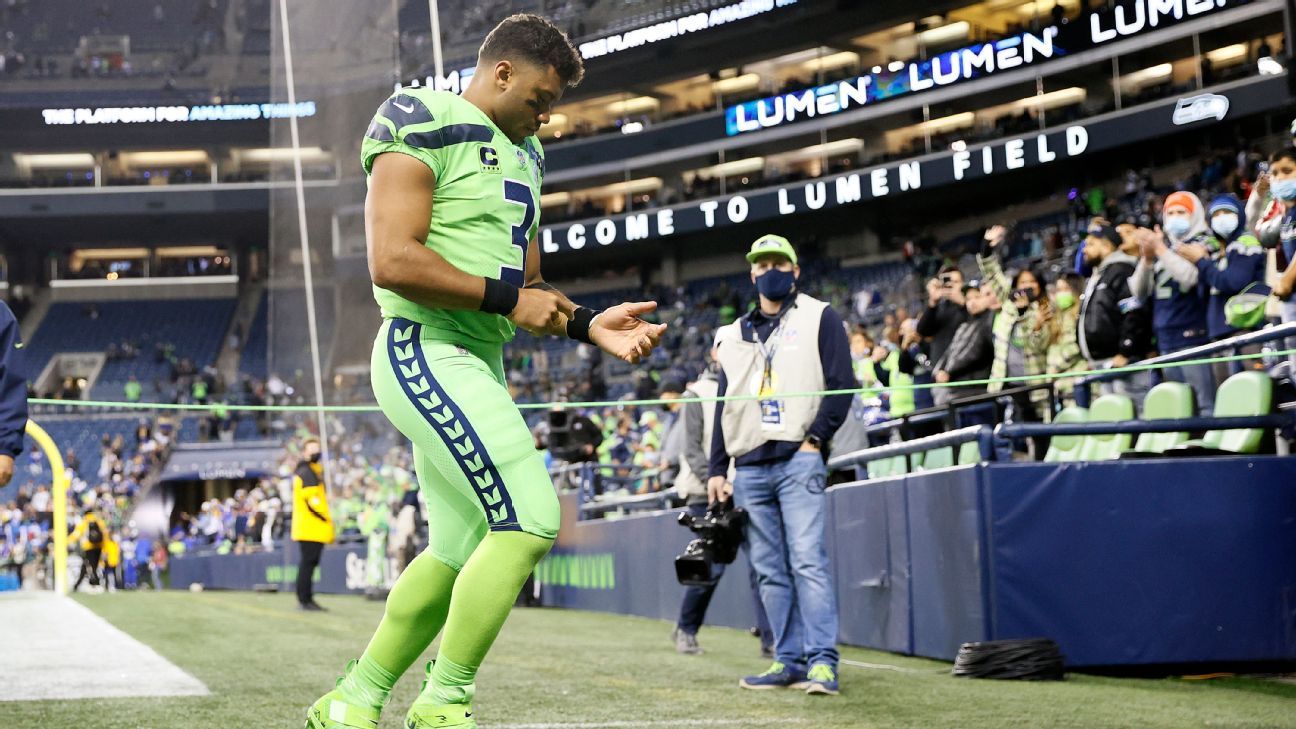 The Seattle Seahawks have placed Russell Wilson and Chris Carson on injured reserve, meaning the two players will miss a minimum of three games.

Wilson injured his right middle finger Oct. 7 against the Los Angeles Rams and underwent surgery last Friday. The earliest he could return is in Week 10 at the Green Bay Packers.

Sources told ESPN’s Jeremy Fowler last week that Wilson is expected to be out four to eight weeks.

Wilson’s streak of 149 consecutive regular-season starts will end. According to ESPN Stats & Information research, it was the sixth-longest streak in NFL history among quarterbacks.

Geno Smith will make his first start at quarterback since 2017 on Sunday against the Steelers. After Pittsburgh, the Seahawks host the Saints and Jaguars, then have their bye in Week 9.

Wilson was eligible to practice this week prior to the IR move. The Seahawks listed him as a nonparticipant Wednesday and a limited participant Thursday.

Carson has been dealing with a neck issue that flared back up the week of the Rams game.

Coach Pete Carroll had provided some optimism Monday, saying Carson made a “big turn” in the right direction over the weekend. He reiterated Friday that Carson felt much better at the start of the week but said he didn’t make enough progress since then, which is why he didn’t practice and ultimately was placed on IR.

Alex Collins started at running back against the Rams and totaled 72 yards on 17 touches. Seattle also has DeeJay Dallas and Travis Homer as change-of-pace tailbacks.

Carroll said running back Rashaad Penny will be ready to play, barring any setbacks, when he’s eligible to come off IR next week.

“He’s really hungry to play and help us,” Carroll said.

The Seahawks also ruled out backup tackle Cedric Ogbuehi (chest/biceps). No other players have game designations, indicating that everyone but Wilson, Carson and Ogbuehi is considered healthy enough to play.

Cornerback Tre Brown and center Ethan Pocic were activated off IR. Both had been dealing with knee injuries.