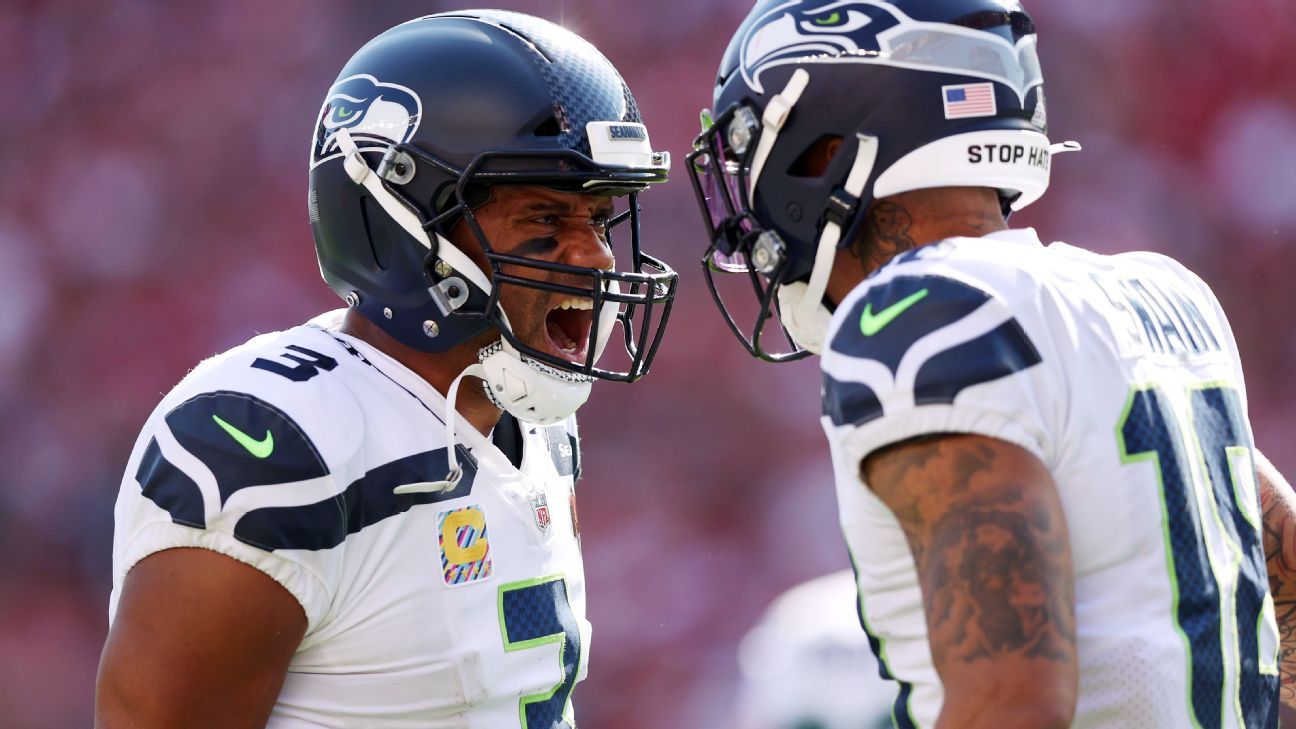 SANTA CLARA, Calif. — A pair of vintage Russell Wilson plays helped the Seattle Seahawks extend their lead against the San Francisco 49ers on Sunday. After scrambling for a 16-yard touchdown run, Wilson spun out of a would-be sack and threw off-balance to Freddie Swain in the end zone, hitting Swain just before the receiver’s momentum carried him out of bounds.

He’s running, he’s diving, and @DangeRussWilson is IN FOR THE TOUCHDOWN!

WE LOVE TO SEE IT

Per NFL Next Gen Stats, Wilson reached 19.23 MPH on his touchdown run. That’s his second-fastest speed as a ball carrier since Next Gen began tracking speed in 2018, and his fastest on a TD in that span.

That gave the Seahawks 21-7 lead late in the third quarter, but the 49ers had a quick answer. After taking over for injured starter Jimmy Garoppolo to open the second half, 49ers rookie quarterback Trey Lance didn’t have much success on his first two drives. His third drive went much better.

With first-and-10 at San Francisco’s 24, Lance found wide open receiver Deebo Samuel down the right sideline. Lance hit Samuel, who hauled it in and raced 76 yards for the touchdown. Samuel had 17.6 yards of separation at the time of the catch, the most by a receiver on a touchdown this season, according to NFL Next Gen Stats.

Ridin’ through your block like DEEBO!@treylance09 finds @19problemz for the 76-yard touchdown!

The touchdown pass was Lance’s first completion of the game and the second scoring strike of his young career.