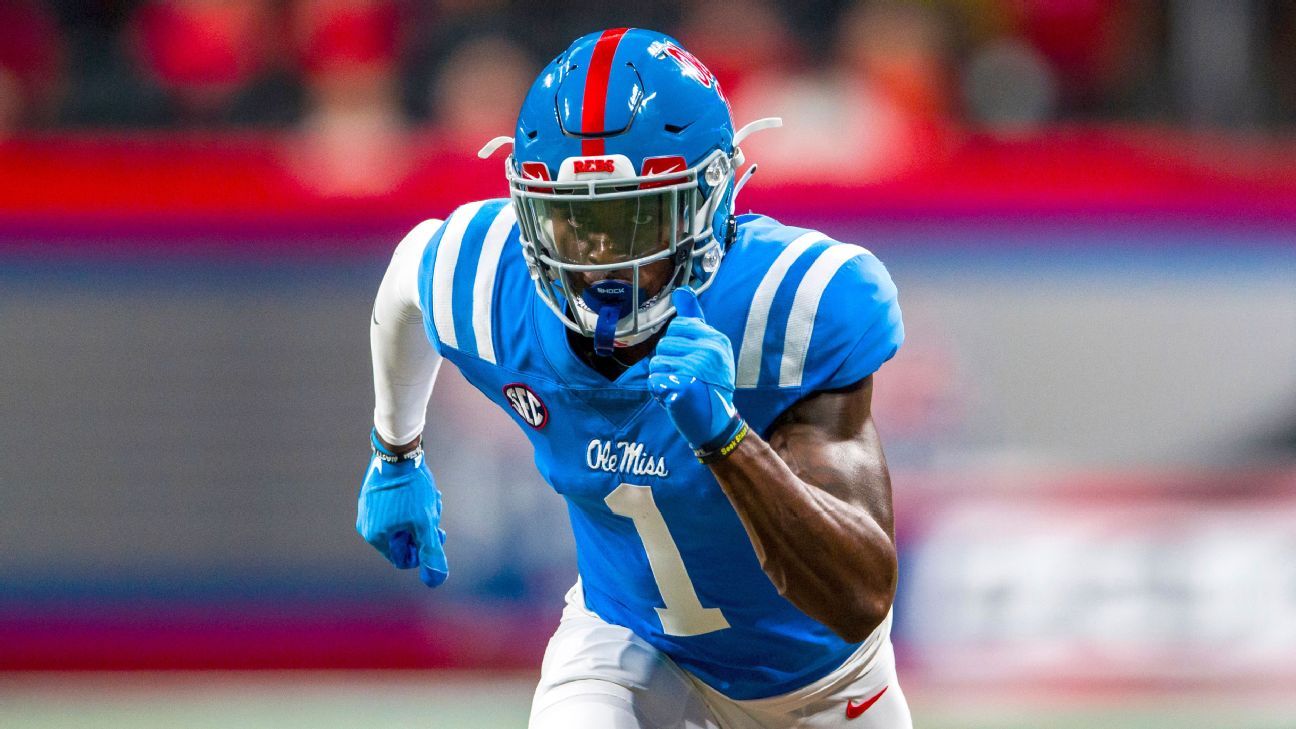 Ole Miss junior wide receiver Jonathan Mingo is expected to miss Saturday’s game against No. 1 Alabama after suffering a foot injury, a source confirmed to ESPN.

Mingo has been key to the Rebels’ offensive resurgence, ranking second on the team with 15 receptions for 290 yards and three touchdowns as No. 12 Ole Miss has gotten off to a 3-0 start this season.

WCBI-TV was the first to report on Mingo’s injury.