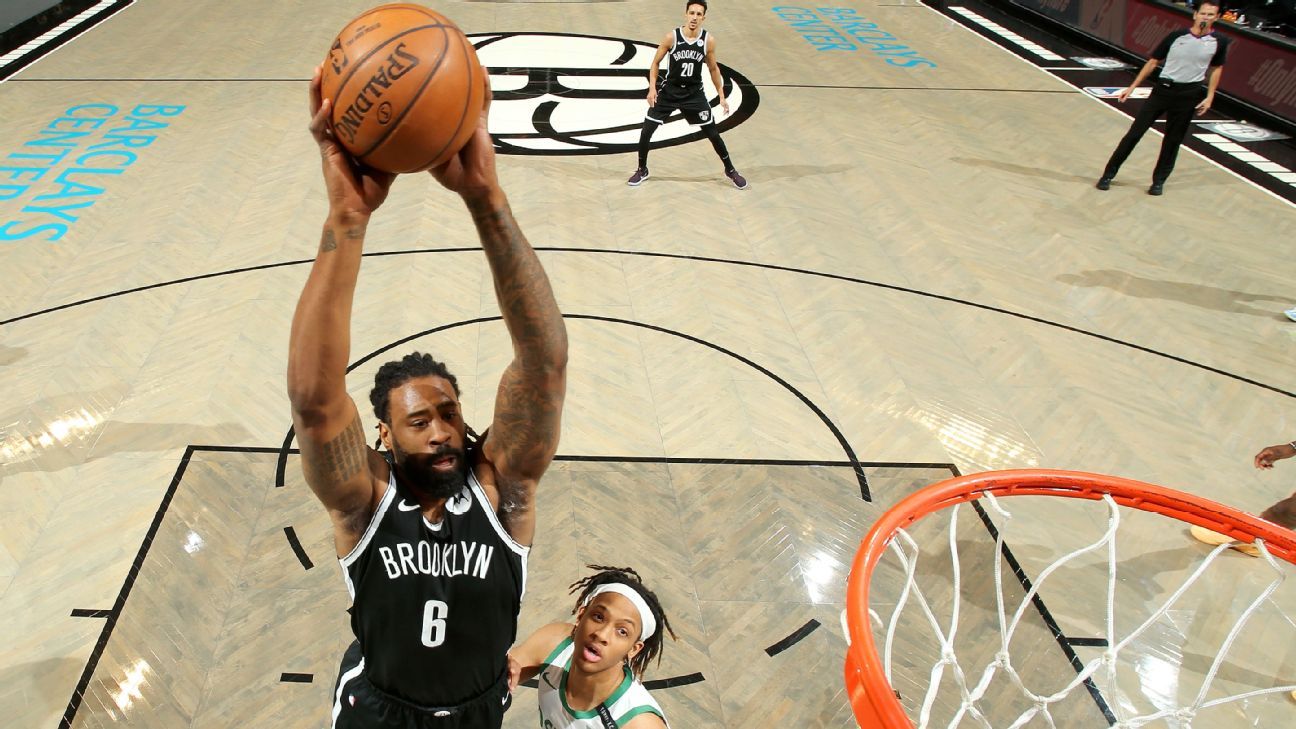 DeAndre Jordan intends to sign with the Los Angeles Lakers upon completion of a buyout with the Detroit Pistons, sources told ESPN on Friday.

Jordan was traded by the Brooklyn Nets to the Pistons earlier Friday along with four second-round picks and $5.78 million for Jahlil Okafor and Sekou Doumbouya, sources said.

An All-Star in 2017, Jordan has two years and $20 million left on the four-year, $40 million contract he signed in June 2019. He would have to first clear waivers to become a free agent.

Trading Jordan’s contract instead of buying it out offers the Nets financial relief in the short term, but also in the future with the repeater tax penalty starting in 2023.

The Nets are also bringing back LaMarcus Aldridge after he was cleared of the heart concerns that led him to retire in April.

It is not immediately clear whether the Nets will keep Okafor or Doumbouya or decide to waive them, sources said. That is expected to determined in the coming days and weeks. The Nets are planning to waive forward Alize Johnson, sources said.

Jordan was part of the Nets’ free-agent class in 2019 that included Kevin Durant and Kyrie Irving. Initially, Jordan alternated starting at center with Jarrett Allen, who was eventually traded to the Cleveland Cavaliers as part of the four-team deal that landed the Nets All-NBA guard James Harden. Once the Nets acquired Blake Griffin, Jordan’s role diminished.

The 33-year-old Jordan averaged 7.5 points and 7.5 rebounds in 57 games last season in Brooklyn.

ESPN’s Malika Andrews and Bobby Marks contributed to this report.