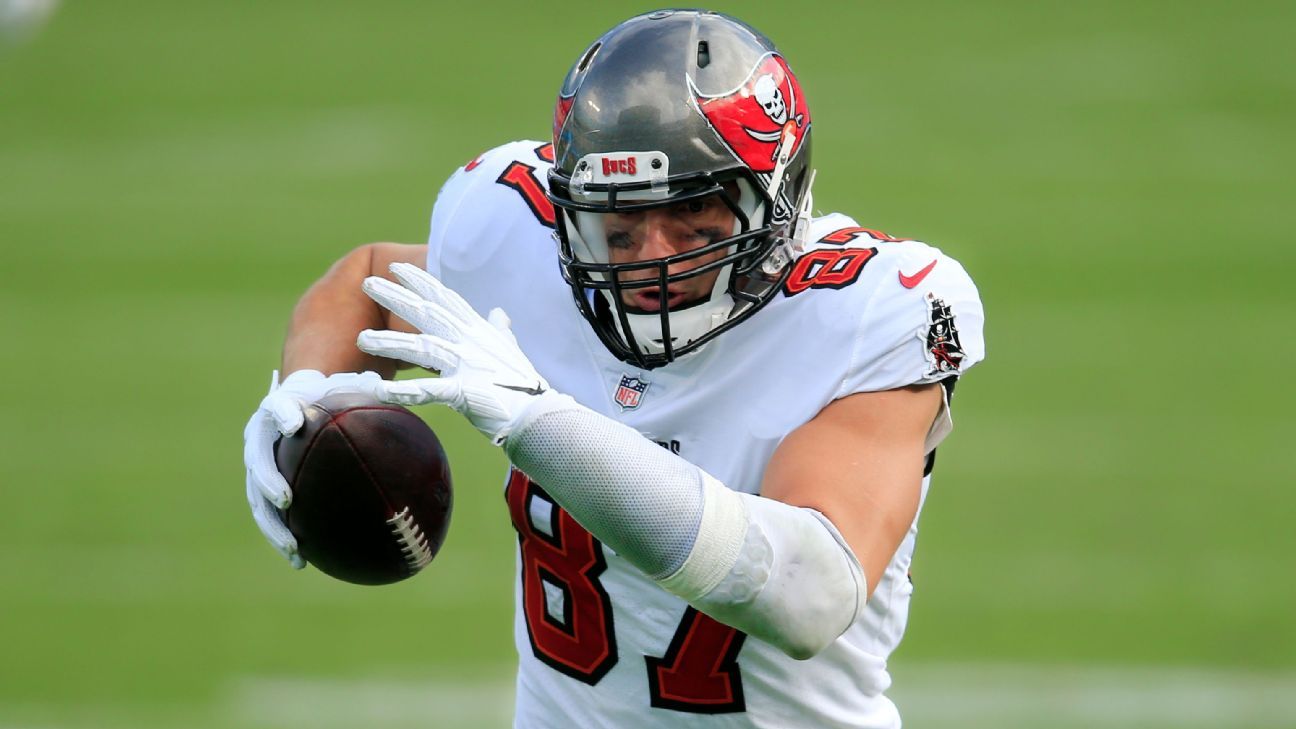 Gronkowski did not travel with the Buccaneers to Foxborough for Sunday’s game against the New England Patriots due to the effect that flying could have on his injury.

“We held out hope all week that Gronk would be ready,” a team source told ESPN. “He’s a different breed.”

Gronkowski suffered the injury during Sunday’s loss to the Los Angeles Rams but returned to finish the game. Initially, the Buccaneers and Gronkowski did not think the injury was as severe as it turned out to be, and X-rays of Gronkowski’s ribs taken after the game came back negative.

But further MRI testing during the week revealed the multiple fractures.

Gronkowski did not practice Wednesday or Thursday and was spotted only stretching during Friday’s practice. The Buccaneers had listed him as doubtful on Friday before downgrading him to out Saturday.

After traveling to New England this weekend, the Buccaneers host Miami, play at Philadelphia on a Thursday night and then come home for Chicago before a road game at New Orleans and their Nov. 7 bye.