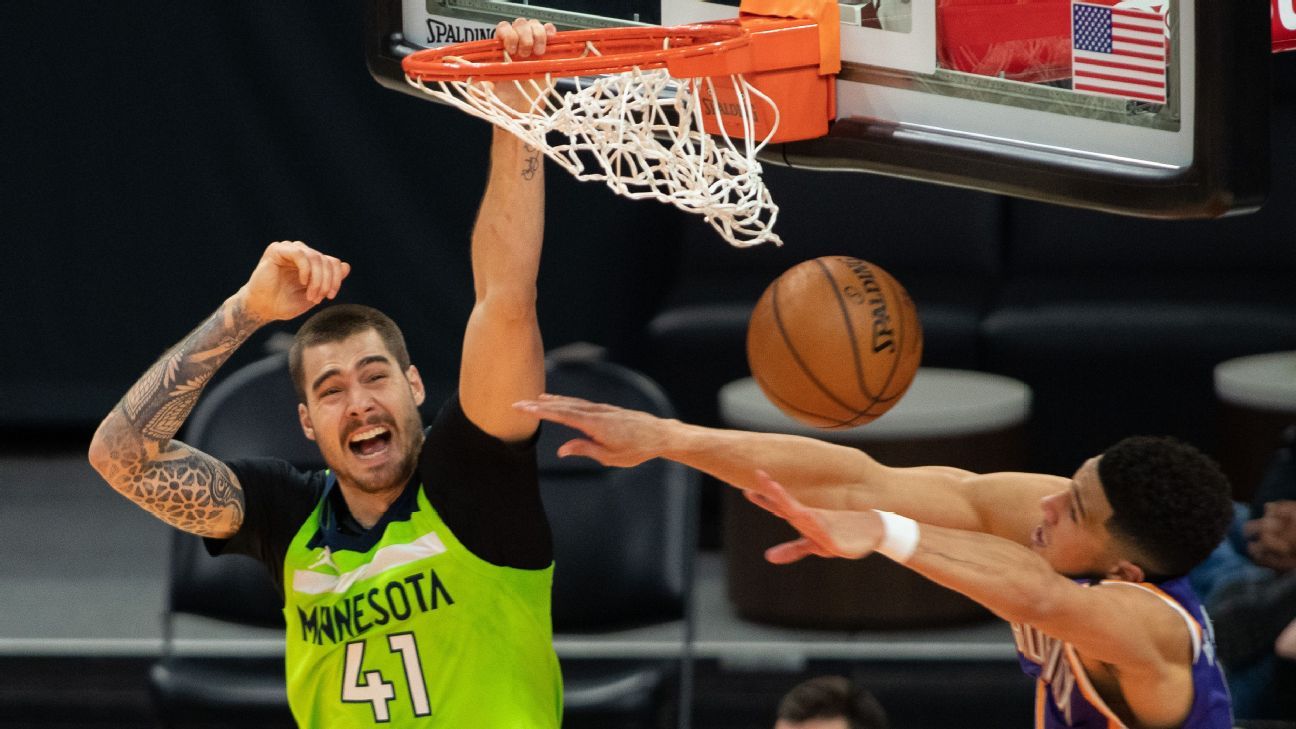 The Memphis Grizzlies agreed to trade forward Juancho Hernangomez to the Boston Celtics on Friday in exchange for guards Carsen Edwards and Kris Dunn, as well as a swap of 2026 second-round picks, sources told ESPN’s Adrian Wojnarowski.

The deal cannot be completed until September 15, when Dunn can be traded along with other players after being traded to Boston in a separate deal last month.

Hernangomez was just acquired by the Grizzlies last week from the Minnesota Timberwolves, along with guard Jarrett Culver, for another recently traded guard, Patrick Beverley. Hernangomez averaged 7.2 points and 3.9 rebounds for Minnesota last season, his first full year with the Timberwolves after signing a three-year, $21 million contract with Minnesota as a restricted free agent last offseason.

Minnesota had traded for Hernangomez the prior season as part of a multi-team deal that saw Robert Covington wind up with the Houston Rockets and Clint Capela going to the Atlanta Hawks. Hernangomez, 25, injured his left shoulder earlier this summer, forcing him to miss playing in the Tokyo Olympics last month with the Spanish national team.

A career 35% 3-point shooter, Hernangomez will give the Celtics some depth at power forward, a position where they didn’t have an obvious fit on their second unit.

Boston had acquired Dunn last month as part of a three-team deal with the Hawks and Sacramento Kings, which saw the Celtics send out center Tristan Thompson, who went to the Kings, and get Dunn and center Bruno Fernando from Atlanta, while the Hawks landed guard Delon Wright from Sacramento. Dunn missed virtually all of last season because of knee and ankle issues after signing a two-year deal with the Hawks last offseason.

Most of the NBA’s big name free agents have already agreed to deals, but the offseason moves are still going strong, and we have full coverage here.

Edwards, 23, has played sparingly for Boston over the past two seasons since being the 33rd pick in the 2019 NBA draft out of Purdue. Last year he averaged 4.0 points in 31 games, including one start.

The Grizzlies have made several moves to take on extra players for assets this offseason, and remain over the 15-man roster limit for next season. They also recently bought out Rajon Rondo, whom they acquired in one of those deals. Rondo went on to sign with the Los Angeles Lakers earlier this week.