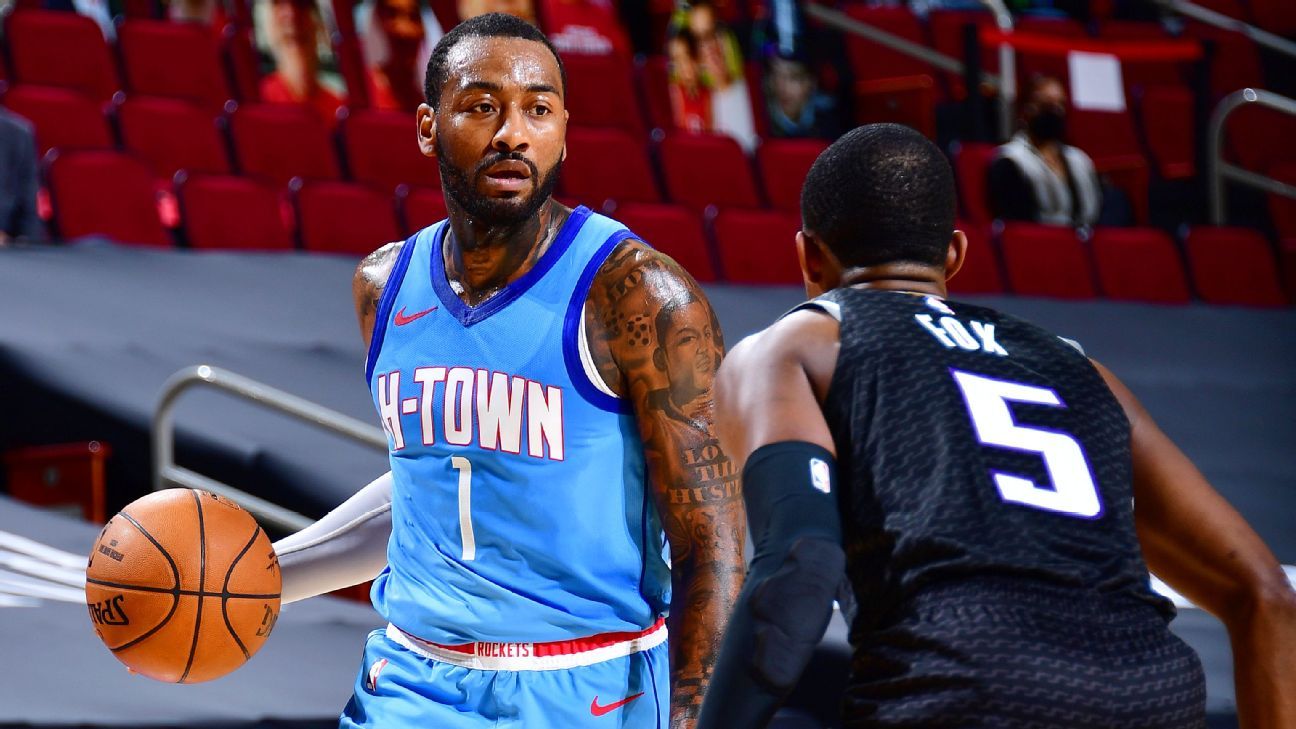 The Houston Rockets and John Wall have agreed to work together in an attempt to find a trade destination for the veteran point guard, as the franchise is committed to moving forward with Kevin Porter Jr. and Jalen Green as its starting backcourt, sources told ESPN.

The commitment to the 20-year-old Porter and 18-year-old Green leaves Wall, a five-time All-Star who was traded to Houston in the Russell Westbrook deal last year, without a starting role. Wall, 31, is not expected to play for Houston, as team management and Wall mutually decided that a bench role for him wouldn’t be beneficial to either party, sources said.

Wall is due $91.7 million over the next two seasons, including a player option for $47.4 million in 2022-23, a contract that makes attempting to trade him extremely difficult. Sources said the Rockets do not want to give up first-round draft compensation in a Wall trade and would not have interest in discussing a buyout until possibly after free agency next summer.

Wall has been limited to 113 games over the last four seasons due to a series of significant injuries, including an Achilles tendon tear that sidelined him for the entire 2019-20 season, the final year with the Washington Wizards. Wall averaged 20.6 points and 6.9 assists in 40 games for the Rockets last season.

Wall, a former No. 1 overall pick, is expected to participate in training camp and to be around the team while he remains on the Rockets’ roster, sources said. Houston management is optimistic that Wall’s wisdom and leadership can in particular benefit Porter and Green, who join center Christian Wood, 25, as the cornerstones of the Rockets’ rebuild.

Sources said Wall’s relationship with Rockets ownership and management remains strong, as they have been in frequent communication throughout the offseason. High-ranking Rockets sources expressed deep appreciation for Wall’s leadership throughout a tumultuous campaign last season, when James Harden’s trade demand pushed Houston into rebuilding mode and a rash of injuries factored into the Rockets finishing with the NBA’s worst record.

“He’s been a rock for us,” a Rockets source said. “He’s been great since he got here.”

Rockets sources emphasized that the franchise makes it a priority to try to “do right” by veterans who seek to play for more competitive situations, citing trading Harden and forward P.J. Tucker to contenders last season as primary examples.