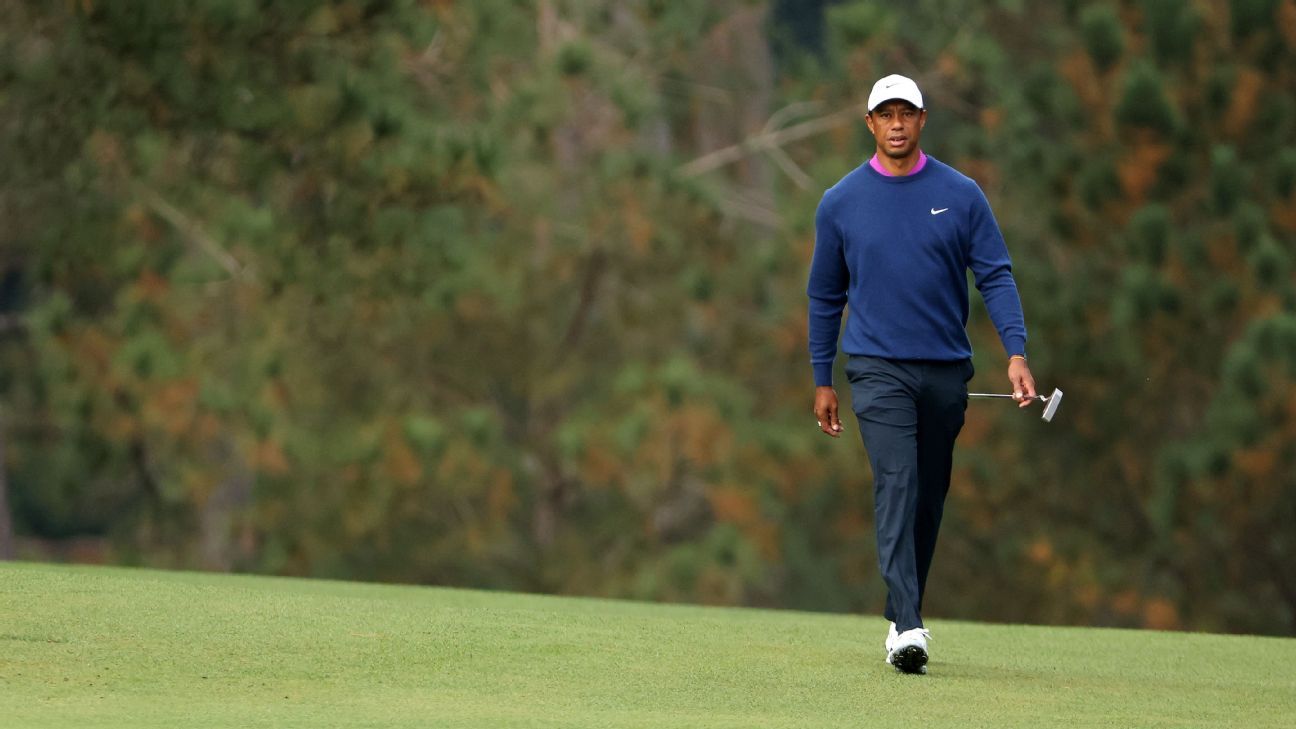 Five-time Masters champion Tiger Woods, who is trying to come back from serious leg and foot injuries he suffered in a car wreck about 14 months ago, played 18 holes at Augusta National Golf Club on Tuesday, sources told ESPN.

“He played every one of them,” a source told ESPN. “He looked good to me.”

Woods and his team arrived Tuesday morning at Augusta Regional Airport on his Gulfstream private jet, stirring anticipation on social media that he was preparing to play in the Masters. Augusta National, because of its many hills and length, is considered one of the most difficult walks in competitive golf.

Access 4,300+ hours of live coverage from 35 PGA TOUR tournaments each year, including 4 days of coverage at 28 events with four feeds each day. Plus, access replays, originals and more. Stream on ESPN+

This past weekend, a since-deleted video emerged of Woods playing at Medalist Golf Club in Hobe Sound, Florida.

Woods is listed among the expected 91 participants for next week’s Masters, the first major championship of the season. But he’s yet to officially say whether he’s playing.

Woods, a 15-time major champion, hasn’t played in a regular PGA Tour event since the 2020 Masters, which was played in November that year because of COVID-19.

This wouldn’t be the first time Woods has attempted to return to Augusta National after a long layoff. After multiple knee and back surgeries, Woods won the 2019 Masters, his first major championship in 11 years.

Woods suffered serious injuries to his right leg and right foot in a car wreck on Feb. 23, 2021. The SUV that he was driving crossed through two oncoming lanes, struck a curb and uprooted a tree on a downhill stretch in Rolling Hills Estates, just outside Los Angeles. He was wearing a seatbelt, and officers found him still sitting in the SUV.

Woods was taken to Harbor-UCLA Medical Center by ambulance. He had open fractures in the upper and lower portions of the tibia and fibula in his right leg. He told reporters at the Hero World Challenge in the Bahamas in late November that doctors nearly had to amputate his right leg.

“It’s altered,” Woods said. “My right leg does not look like my left leg, let’s put it that way.”

At a news conference before the Genesis in mid-February, Woods said that he had been focusing mostly on chipping, putting and short irons in his comeback. He said he hadn’t done much work with long irons and fairway woods because it required too much from his surgically repaired right leg.

“I wish I could tell you when I’m playing again,” Woods said on Feb. 16. “I want to know, but I don’t. My golf activity has been very limited. I can chip and putt really well and hit short irons very well, but I haven’t done any long stuff seriously. I’m still working.

“I’m still working on the walking part. My foot was a little messed up there about a year ago, so the walking part is something that I’m still working on, working on strength and development in that. It takes time. What’s frustrating is it’s not at my timetable. I want to be at a certain place, but I’m not. I’ve just got to continue working. I’m getting better, yes. But as I said, not at the speed and rate that I would like. You add in the age factor, too. You just don’t quite heal as fast, which is frustrating.”

In December, Woods played in the unofficial PNC Championship with Charlie. The 36-hole event was a scramble, and he was allowed to use a golf cart, but he did do some walking.