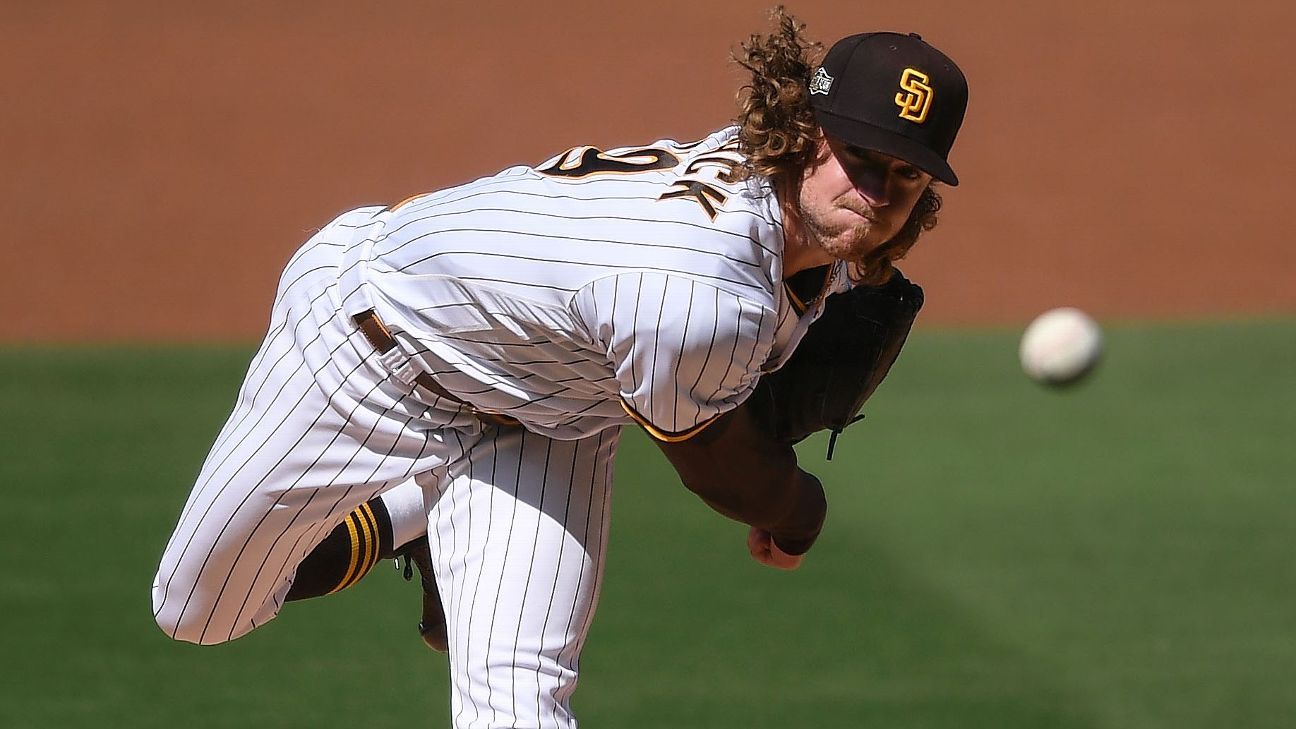 The Minnesota Twins have agreed to acquire right-handers Chris Paddack and Emilio Pagan in a trade with the San Diego Padres, sources told ESPN’s Jeff Passan on Thursday.

The Twins are sending left-hander Taylor Rogers and outfielder Brent Rooker to the Padres, sources said.

Paddack, 26, impressed in San Diego as a rookie in 2019, going 9-7 with a 3.33 ERA. But he has struggled since, with his ERA ballooning to 4.73 in 2020 and then 5.07 last season, when he battled elbow and oblique injuries over the final two months before being shut down in September.

The Padres have a wealth of arms, with Yu Darvish, Joe Musgrove, Blake Snell and Nick Martinez leading the charge at the start of the spring and then Sean Manaea coming aboard earlier this month via trade with the Oakland Athletics. In addition, Mike Clevinger should join the staff at some point this month as he works his way back from a second Tommy John surgery done in September 2020 and some knee soreness that hobbled him late in spring camp.

The abundance of quality pitchers had Paddack available for trade, and the Twins were a logical partner.

Minnesota spent big on offense during the offseason by signing free agent Carlos Correa to a three-year, $105.3 million contract. Its rotation, meanwhile, has been overhauled in the past year. Opening Day starter Joe Ryan is a rookie, Bailey Ober is in his second season and veterans Sonny Gray, Chris Archer and Dylan Bundy are all new to the team.

Paddack offers some depth, which could be key considering Archer is coming off another injury-ravaged season and Bundy had a plus-6.00 ERA in 2021 with the Angels.

Rogers, 31, saved nine games for the Twins last season, pitching to a 3.35 ERA over 40 appearances out of the bullpen