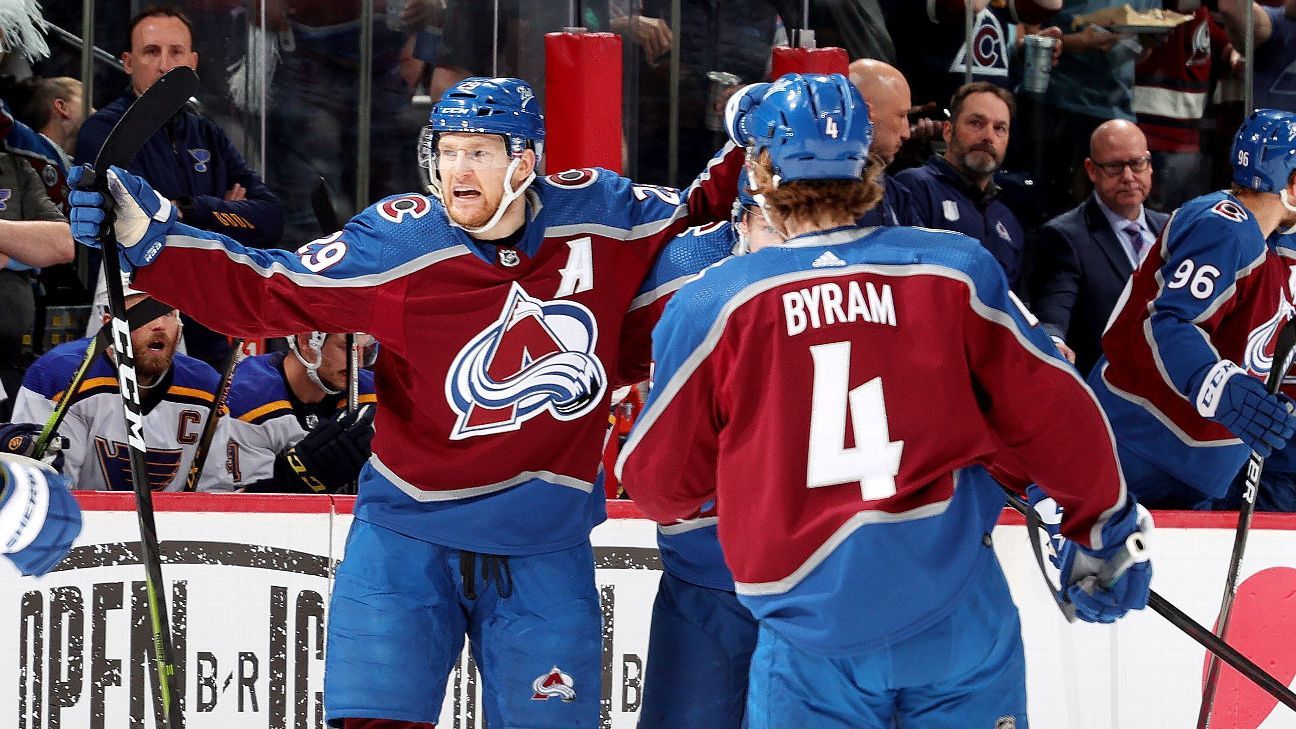 The final four teams for the Stanley Cup playoffs are set after the New York Rangers eliminated the Carolina Hurricanes in Game 7 on Monday night. They’ll face the Tampa Bay Lightning in the Eastern Conference final starting Wednesday night at Madison Square Garden. The Colorado Avalanche host the Edmonton Oilers in Game 1 of the Western Conference final Tuesday night. Here are some betting options for the penultimate round of the playoffs.

Make picks throughout the postseason for a chance at $14,000 in prizes. Make Your Picks

What a fun series. Nathan MacKinnon swears that it’s more than just him vs. Connor McDavid, and he’s right. It’s him and Mikko Rantanen and Cale Makar and Devon Toews vs. McDavid. Coach Jared Bednar hasn’t shied away from going power vs. power and putting the MacKinnon line and his top defensive pairing out against the McDavid line in the regular season. If it comes down to depth vs. depth to determine the series, the Avalanche have a clear advantage, especially with the way Nazem Kadri is playing. The Avs are on a mission and just took out a St. Louis team in six games that was better, top to bottom, than Edmonton. The shortest odds are on this series ending in five games (+300). Whether it’s in five or six, I’m comfortable laying the 1.5 games.

The goaltending duel between Tampa Bay’s Andrei Vasilevskiy and New York’s MVP candidate Igor Shesterkin could be one for the ages. They’re at the heart of what could either be a long series or a potential Rangers upset. There’s a lot to like with the Rangers here, from having home-ice advantage to rolling into the series with Game 7 victory momentum to a general “no quit” attitude. They still have issues at 5-on-5, which the Pittsburgh Penguins exploited in the first round, and the Lightning could do the same — and Vasilevskiy is no Louis Dominque. But I like the +1.5 here as upset insurance and in case it goes seven, even though my formal prediction is Lightning in six.

The three-peat is the second-highest choice among Stanley Cup exacta wagering, behind the Avalanche thwarting the Lightning for the Cup. While the Avalanche are a wagon, the Lightning have given little indication that they’re settling for anything less than a three-peat. Not a bad option to take a flyer on.

We’re starting to get into “win or lose” territory with McDavid, who has been credited with the Edmonton Oilers’ run even though he’s tied with teammate Leon Draisaitl with 26 points and identical stats (7 goals, 19 assists). If the Oilers somehow advance past the Avalanche, it’s going to be McDavid who leads the charge. And if Edmonton plays for the Stanley Cup, the chances that McDavid could win the Conn Smythe, even if the Oilers fall short, won’t be outlandish.