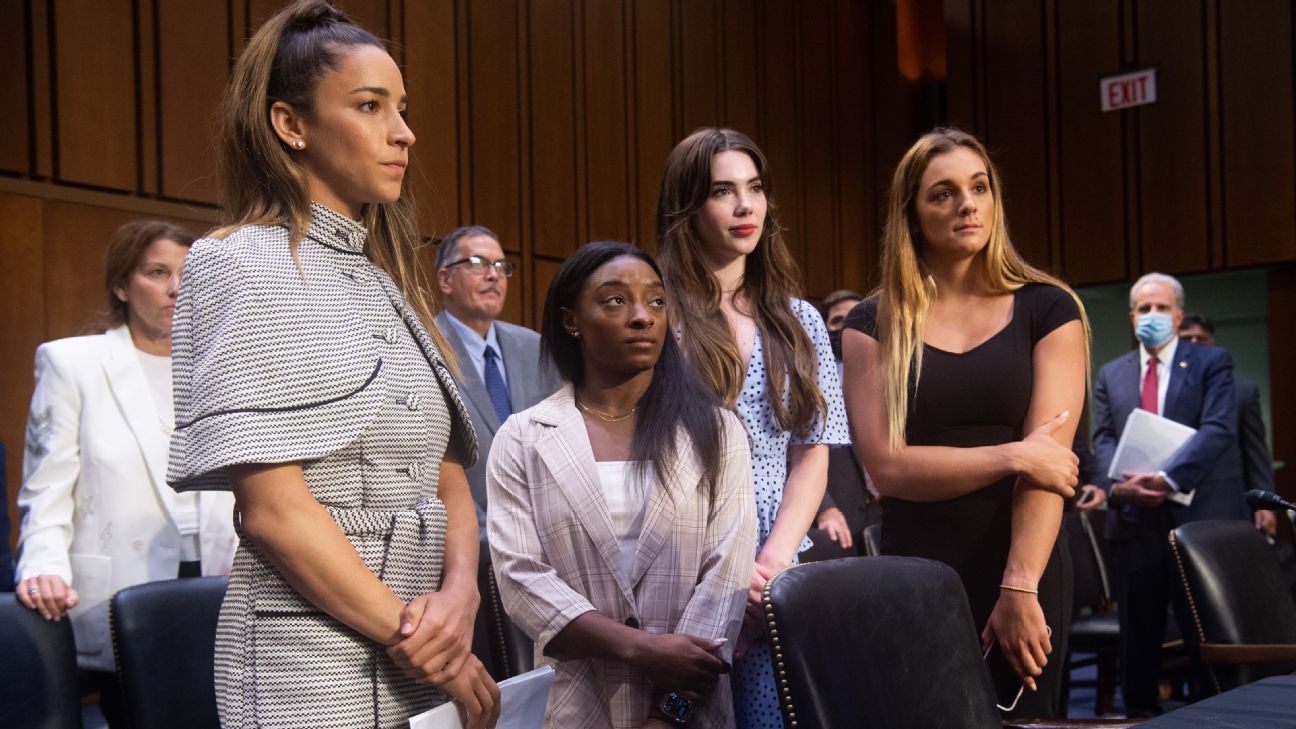 WASHINGTON — Former Olympic gymnasts Simone Biles and Aly Raisman were among those to tell the Senate Judiciary Committee on Wednesday morning that current and former FBI agents should be held accountable for badly mishandling the bureau’s investigation into Larry Nassar, the disgraced former doctor for Team USA.

FBI agents failed to respond with the “seriousness and urgency” required after first hearing reports about Nassar’s abuse in the summer of 2015, according to a recent report published by the Department of Justice’s inspector general. The report found that agents mishandled evidence and later made false statements to investigators about the mistakes they made.

“It truly feels like the FBI turned a blind eye to us,” an emotional Biles told the Senate hearing Wednesday, adding that agents should be federally prosecuted to be held fully accountable. Biles was joined by multiple senators who questioned why the Department of Justice did not pursue criminal charges against the agents. The senators said a Justice Department official declined an invitation to answer questions directly during Wednesday’s hearing.

Raisman told the senators it took over fourteen months for FBI agents to contact her after her initial report of Nassar’s sexual assaults to USAG in June 2015. While the initial report provided to the FBI languished, Nassar continued to see patients for more than a year. Dozens of young women and girls say they were sexually assaulted by Nassar during that time period. “Why would duly sworn officers ignore reports of abuse across state lines?” Raisman asked senators Wednesday.

“By not taking action from my report they (the FBI) allowed a child molester to go free for more than a year. They had legal evidence of child abuse and did nothing,” Maroney testified Wednesday.

Nichols told senators the FBI failed to interview her for more than a year after her June 2015 complaint about Nassar to USAG.

“For the hundreds of survivors of Larry Nassar this hearing is the last opportunity to get justice,” Nichols said.

The four gymnasts, all of whom say they were sexually assaulted by Nassar during their time with the national team, appeared before the Senate committee along with Justice Department Inspector General Michael Horowitz and FBI Director Christopher Wray, who also testified Wednesday.

In July, the Justice Department’s Office of Inspector General released a blistering report that condemned the actions of multiple FBI agents who worked on the Nassar case.

Agents in the Indianapolis field office of the FBI first learned in July 2015 of allegations that Nassar had sexually assaulted members of Team USA. But the Office of Inspector General (OIG) found agents failed to respond with the “seriousness and urgency” required by those allegations, failed to properly document complaints against Nassar, mishandled evidence and made false statements about the case.

OIG investigators estimate that as many as 70 girls and young women were sexually assaulted by Nassar from July 2015, when the initial report about Nassar was made to the FBI field office in Indianapolis, to September 2016, when Nassar was fired by his full-time employer, Michigan State University, after a police report was filed with MSU police, accusing him of sexual assault during a medical exam.

Illinois Senator Dick Durbin (D) said Wednesday the FBI’s handling of the Nassar case is a “stain on the bureau,” and that the Nassar investigation suffered from “neglect, inaction and gross incompetence.” Durbin said agents “doctored paperwork and lied to the media in an effort to hide their dereliction of duty.”

“The FBI’s failure to act had real human consequences and that will forever be a stain on the FBI’s reputation,” Blumenthal said.

On Tuesday the Washington Post first reported that the FBI had fired former supervisory special agent, Michael Langeman, who had worked in the Indianapolis field office.

Langeman had interviewed former gold medalist McKayla Maroney in 2015 about Nassar’s sexual assaults during purported treatment sessions. According to the OIG report, Langeman failed to pursue Maroney’s allegations against Nassar and lied to investigators when asked about the failures of the Indianapolis field office to act in a timely manner, the Post reported.