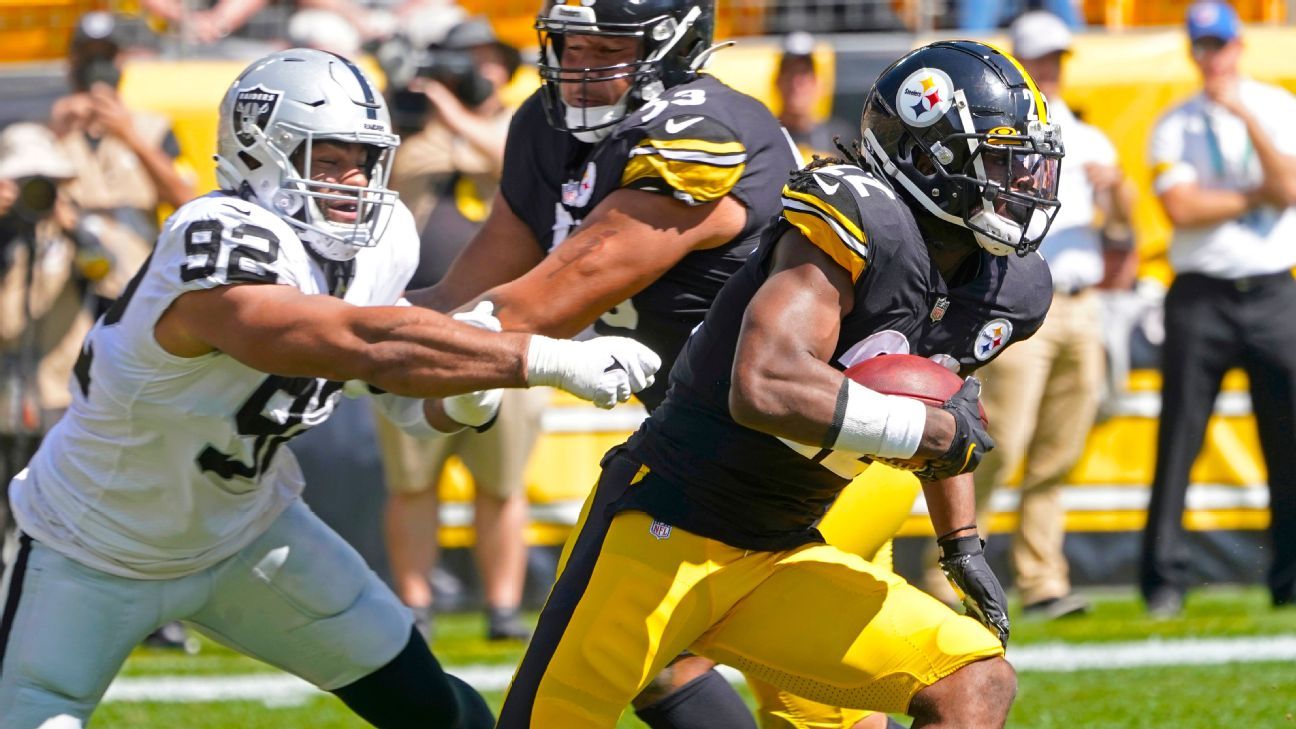 PITTSBURGH — Najee Harris is not messing around.

In his debut at Heinz Field, the Pittsburgh Steelers‘ rookie running back showed why he was so coveted in the NFL Draft as he violently stiff-armed safety Johnathan Abram en route to a 9-yard gain.

Abram tried to bring Harris down on the first-down run, but the Alabama product shook him off, shoved him down and kept going. The home crowd roared as Abram hit the turf and gave an encore cheer when the replay came up on the video board a few seconds later. It was Harris’ second-longest run of the first quarter after a 14-yard gain up the middle earlier.

Harris earned a reputation as a physical back with plays like that at Alabama, and he also regularly hurdled defenders in college, too.

Through the first quarter, Harris had five carries for 14 yards.