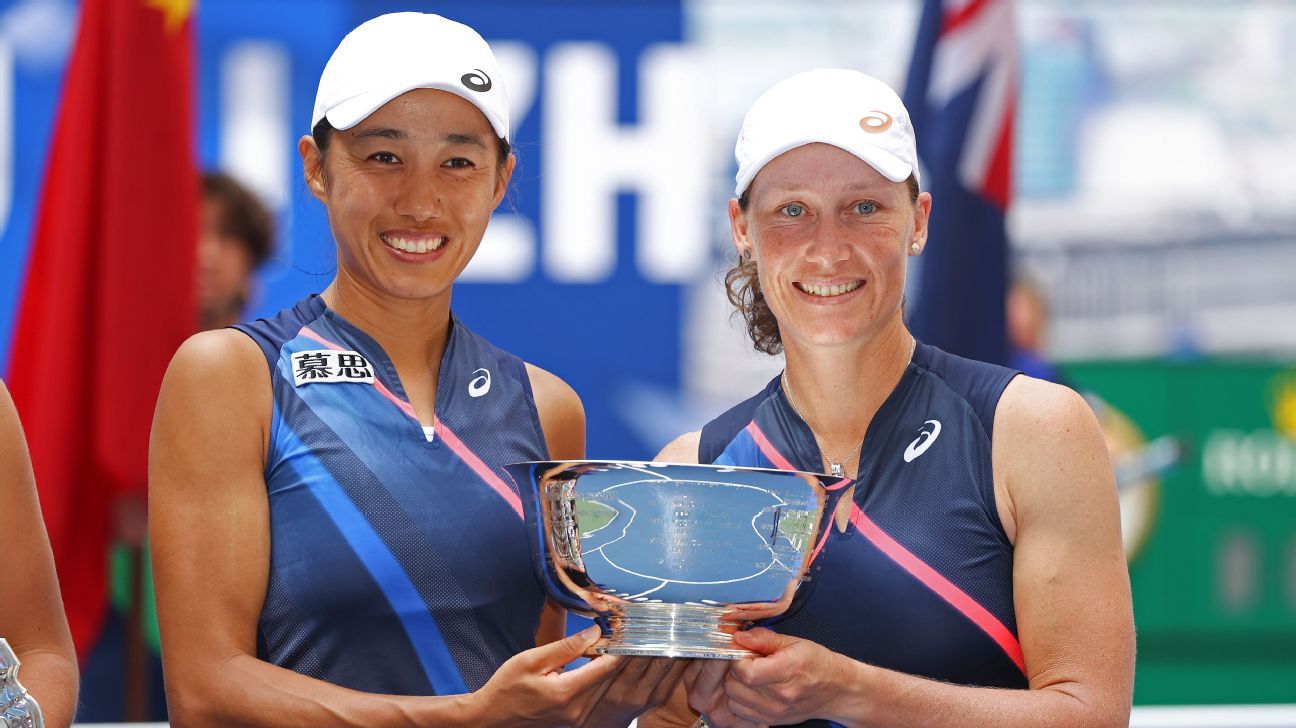 Sam Stosur and Zhang Shuai won their second Grand Slam women’s doubles title together and denied Coco Gauff and Caty McNally their first with a 6-3, 3-6, 6-3 victory.

The No. 14 seeds added the US Open title to the Australian Open they won in 2019.

Gauff and McNally, seeded 11th, were hoping to join 18-year-old singles champion Emma Raducanu as teenage titlists at the US Open.

But the veterans were a little too good, with Stosur adding this doubles title to the one she won in Flushing Meadows in 2005, and the US Open singles title she earned by beating Serena Williams in 2011.

Immediately after the final point, Gauff showed uncharacteristic frustration on the court, tossing her racquet on the floor once, and then smashing it harder a second time. The racquet appeared to land very close to a kid who was watching courtside. She motioned an apology right after, handing the racquet to him after.

When asked about her reaction during the post-match press conference, Gauff said, “I lost a Grand Slam final. I didn’t mean for the racquet to go as it did but I did throw it. Probably not the best behavior on my side.”

“I don’t mean to do that in the moment, but I left my emotions take over,” she added. “I don’t regret it. I only regret the racquet went so far and almost hit the kid.”

Gauff said she spoke to the kid after the match and that “he’s fine.”

“I was just frustrated for losing a Grand Slam final,” she concluded.

ESPN’s Aishwarya Kumar and The Associated Press contributed to this report.