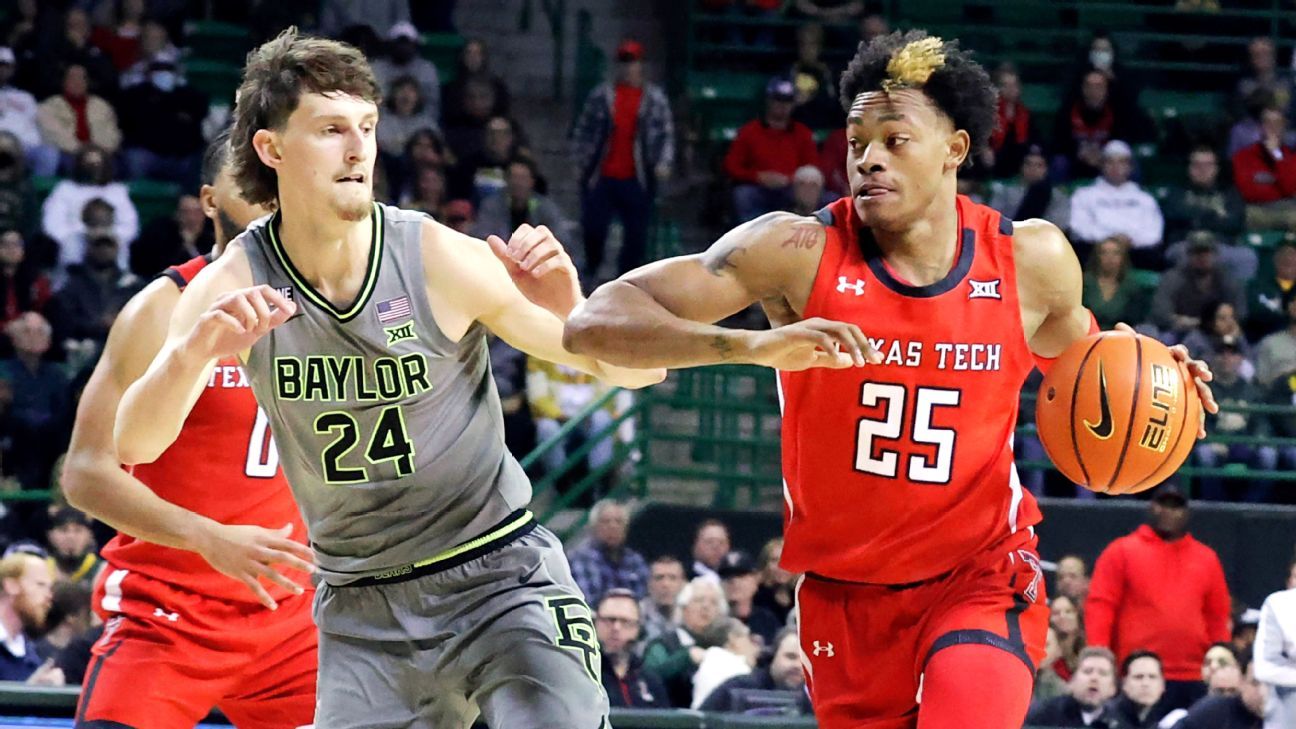 And then there were none.

Both No. 1 Baylor and No. 5 USC, the remaining undefeated Division-I men’s basketball teams, suffered losses on Tuesday evening.

Baylor’s 21-game winning streak, which started last season, was snapped in a 65-62 loss to No. 19 Texas Tech in Waco. The Red Raiders have been struggling with injuries and COVID-19 challenges in recent weeks. But Kevin McCullar, who had missed his team’s previous two games due to an ankle injury, returned against the Bears to score 12 points off the bench.

McCullar was one of five double-digit scorers for Texas Tech. Adonis Arms stepped up and led the squad with 14 points.

They played without Terrence Shannon Jr., the team’s leading scorer (14.3 PPG) who missed his sixth consecutive game while dealing with a lingering back injury.

Baylor had been the first defending champion to be the last remaining unbeaten team in college basketball, according to ESPN Stats & Information research.

“My ankle … I didn’t know if I was going to play until the beginning,” McCullar said after the game. “Coach said just be ready.”

Stanford’s 75-69 win over USC on Tuesday was held in a nearly empty arena due to COVID-19 protocols. The Cardinal had been paused for nearly three weeks but returned in their first game since Dec. 23 to beat a top-five USC squad. Harrison Ingram and Spencer Jones each scored 21 points for Stanford, which secured its first top-five win since 2007.

According to ESPN’s Joe Lunardi, Baylor remains the No. 1 overall seed in his bracket projections.