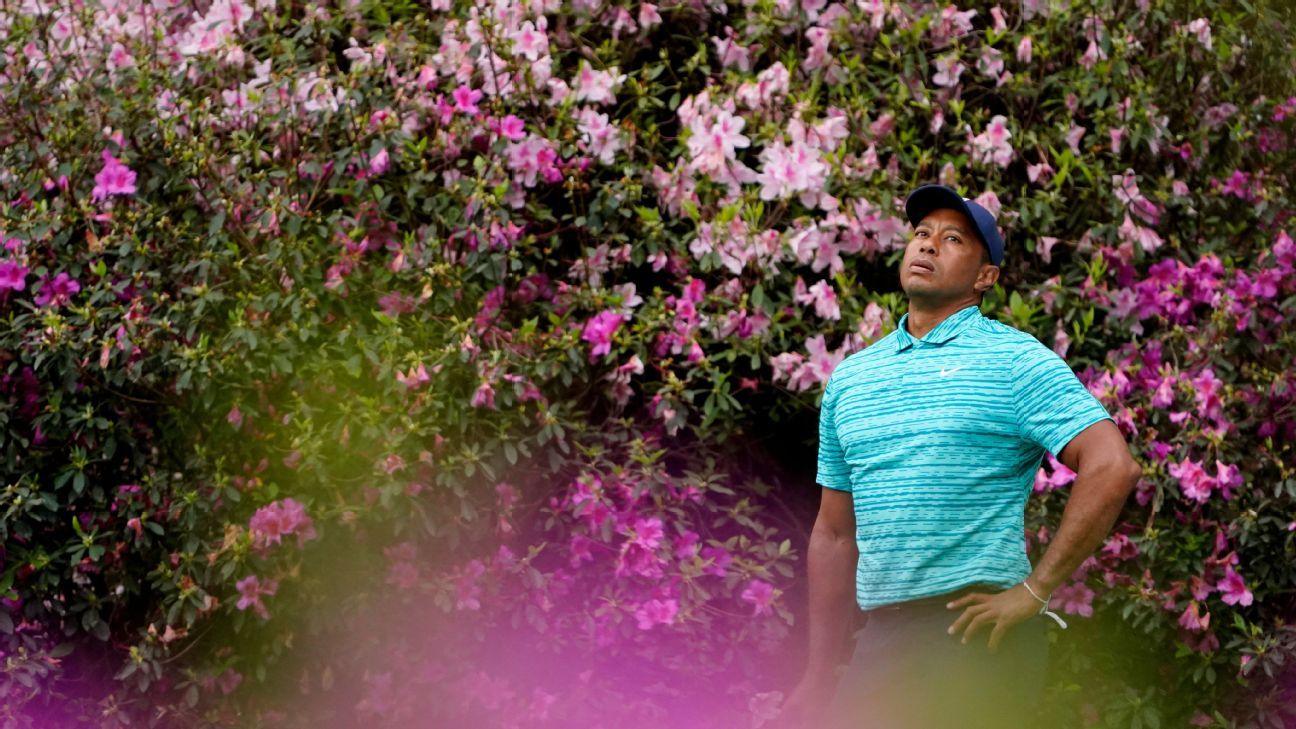 AUGUSTA, Ga. — Tiger Woods and his rebuilt leg held up for another day at the Masters, overcoming a disastrous front nine to make the cut and enter the weekend nine shots off the lead. To watch him Friday, in pain yet still stoic, was to watch someone battle … the course, the wind, himself. Across the country in California, a retired golf pro recognized this show of grit and thought of his old friend Earl Woods.

“He’d be so proud,” Joe Grohman said on Friday. “For the physical ailments Tiger has come through, and all the other nonsense, Earl would be out of his mind right now.”

Most everyone who follows golf knows the story of Earl Woods, the Green Beret and combat veteran who raised the best golfer in the world. Even though Earl has been dead for almost 16 years, the people who knew him couldn’t help but think of him as they watched Tiger play Augusta National this week. Earl would have loved the struggle, understanding in his bones that a wounded middle-aged man completing two rounds of golf shows more greatness than running away from a field in those vanished days of youth and wonder.

Long ago Earl and Grohman bonded over brutal days on the range, meeting at the Seal Beach Navy Golf Course near the Woods’ home in Cypress. One day while hitting balls, Earl turned to the head pro.

“Joe, you ever met my son before?” he asked.

Tiger stood far down the range, all by himself and refusing to look up, as Earl explained to his friend, “When he’s on tour, he’s gonna have to play through distractions.”

Earl liked to make noise to try and throw Tiger off, to get in his head, and not long after meeting Tiger, Joe asked him, “Does he really do that every shot?”

“I don’t know,” Tiger replied. “I haven’t heard anything in two years.”

That’s when Joe knew. They were dealing with once in a generation.

Earl and Tiger spent every day together at the Navy course, playing rounds, hitting balls, and Grohman was their near constant companion for those years, starting around when Tiger was 13 and going until he turned pro.

They’d often add one of Earl’s old military buddies as the fourth and just burn up daylight. The group would convene in the bar to go over the round, the men ordering drinks and Tiger sitting there with his Coke. Sometimes Joe and Tiger were the only two people at the club, which didn’t have a lot of traffic because of military base closings in the area. They’d play cross country from one corner of the property to the other, or maybe just camp out on No. 8 for hours and hit wedges. He remembers Tiger, at around age 15 or 16, going from landing his drive 20 yards behind Grohman to two weeks later, 20 yards ahead.

“Pissed me off,” Grohman said, laughing.

He felt close to something powerful, the future of golf standing by his side, and then one day, it was just gone. During Tiger’s rise, he left a lot of people behind.

“He didn’t tell me he was moving to Florida and it broke my heart,” Grohman said. “I thought I was really close to the family. I didn’t get to tell him goodbye. It was just over. I miss that kid. Those were the fun days.”

Grohman had a fellow mourner a lot of the time. His friend, Earl, struggled a lot when his son left home, too, going out into the world to become Tiger Woods. “I’d stop by and see them,” Grohman said. ” You could feel it. There was a sense of loss. They were was bereavement. It was bittersweet: ‘God, we miss the kid.’ We fed off his energy.”

He paused and thought again of Earl.

Earlier this week Grohman came to Augusta to do his annual golf event for veterans. On Monday, he visited the course and followed Tiger around on his practice round. Grohman saw a short game that looked like the old days and he worried when Tiger couldn’t really get around on his driver, causing him to spray the ball. He loved seeing the outpouring of support from the galleries.

“I think the excitement level is back to where it was in the day,” he said.

On Tuesday, he found Tiger at the practice range, working on his short game and hitting putts. Woods didn’t know Joe was there, just a dozen or so feet away. They haven’t spoken in years. The last time was at Earl’s wake. I asked Joe if he tried to get Tiger’s attention.

He laughed at himself. For the many people who helped Tiger a little along the way, their interaction with him remains the most important part of their lives. Tiger’s resurrection, overcoming scandal and back injuries and a potentially fatal car wreck, has made them all remember.

On Friday I spoke on the phone to a Vietnamese immigrant in Tacoma, Washington named Phuoc Vuong. His father was a decorated soldier who saved Earl Woods’ life in Vietnam. Everyone knew Vuong’s father as “Tiger.” He is Tiger Woods’ namesake. A long time ago, Vuong said, he got a media credential to a golf tournament in the Pacific Northwest and went to see a Tiger press conference. Vuong sat in the second row and never raised his hand or introduced himself. He just wanted to be close at least once to the man who now carried his father’s name into the world.

Tiger never knew he was there, just as he never knew one of the many faces in the Augusta gallery on Monday and Tuesday belonged to his old teacher and friend.

Grohman is now retired and moving to Florida, randomly just a mile or so from the Medalist Club, which is Tiger’s home course. Right now he’s watching the Masters and packing boxes. He thinks enough time has passed and he should find a way to reach out, just to sit and laugh about the old times, to raise a glass to Earl, and to let all the old hurts fade away. They’re all different people than they were back at the Navy Course.

For the past two days Grohman watched the broken and rebuilt 46-year-old man he first met as a 13-year-old prodigy. He saw Tiger bogey four of the first five holes. He shot 39 on the front nine today, looking to have no shot of playing on the weekend, only to slowly claw those strokes back. After a long day he finished two over par for the round and one over for the tournament. He left the course and went inside. Someone asked him how he felt.

“Welllll,” he said, stretching out the word.

He laughed and sort of fumbled for a minute.

Tiger said he needed a lightbulb moment, which he’s been able to find since he was outdriving Grohman back in Cypress. Grohman understands as well as anyone where Tiger’s strange odyssey began, because he saw it at the beginning. So to see him continue it, a damaged but determined vessel, fills him with joy. Two more brutal, painful days await Woods and everyone who has ever cared about him. It’s not even a sure thing Tiger can finish this tournament, even as he believes he can win it for the sixth time.

Grohman’s voice rose on Friday as he looked ahead to the weekend.

“We didn’t even know if he was going to be able to keep his foot and here he is,” he said. “This is bigger than Bobby Jones. If he wins this thing it’s gonna be the biggest story in golf ever.”