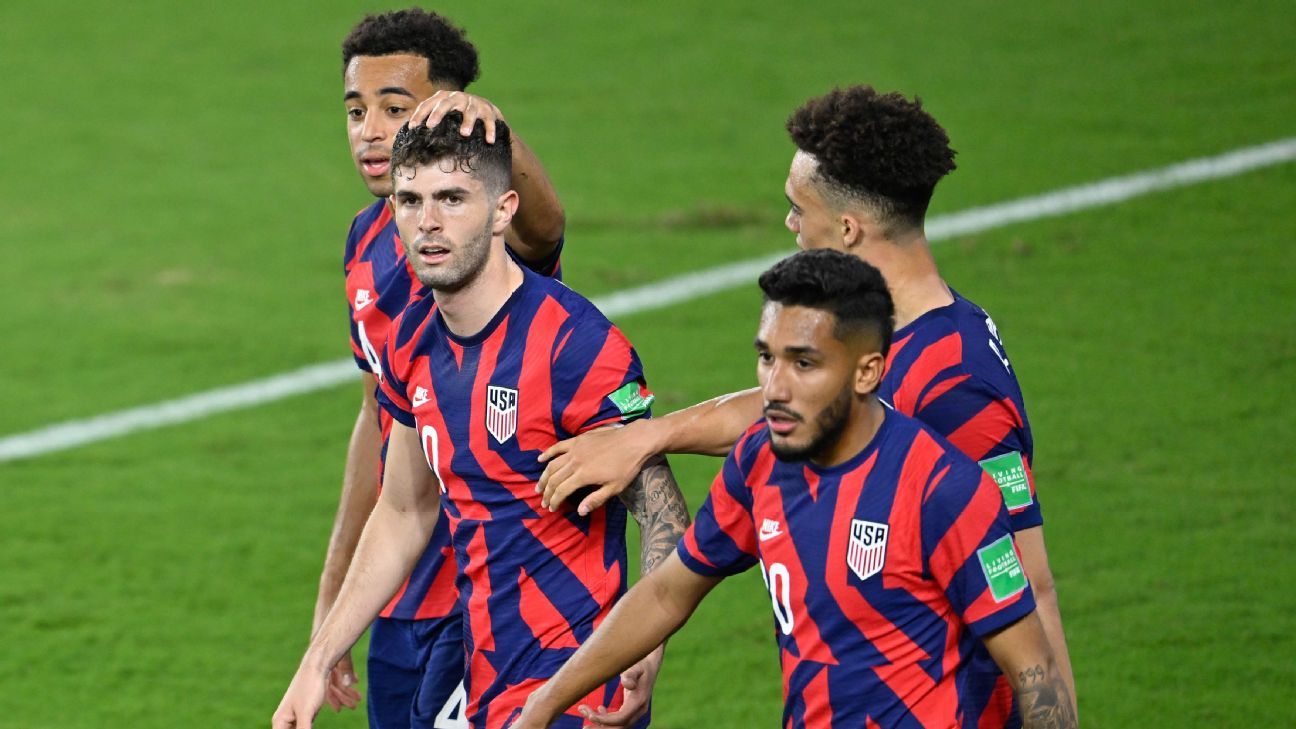 The United States has been drawn in Group B against England, IR Iran and the winner of the last remaining European playoff for the 2022 World Cup finals in Qatar, while Mexico will face Lionel Messi-led Argentina.

The final European side will be decided in June as either Scotland or Ukraine will face Wales for a spot in the World Cup finals.

Mexico has been drawn in Group C and will face Argentina, Poland, Saudi Arabia.

Mexico will begin their tournament against Poland on Nov. 22, before playing Argentina on Nov. 26 and Saudi Arabia on Nov. 30.#

The USMNT will play their tournament opener against the winner of the European playoff on Nov. 21, before facing England on Nov. 25 and IR Iran on Nov. 29.

The U.S. clinched one of CONCACAF’s three automatic qualification places on Wednesday despite a 2-0 defeat to Costa Rica.

Gregg Berhalter will be taking charge of his first World Cup as U.S. boss. He was hired in December 2018, just over 12 months after the country’s failure to qualify for the 2018 World Cup in Russia.

Weeks of speculation over the future of Mexico head coach Gerardo ‘Tata’ Martino was ended on Friday when the country’s Football Federation announced he will stay in charge until at least the World Cup.

A string of lackluster results for Mexico and issues with Martino’s vision had caused doubt over his position as boss, but Mexico eventually finished second in World Cup qualifying, booking their place in Qatar.

The tournament will run from Nov. 21 to Dec. 18, the first time football’s top prize has been competed for in the Middle East.