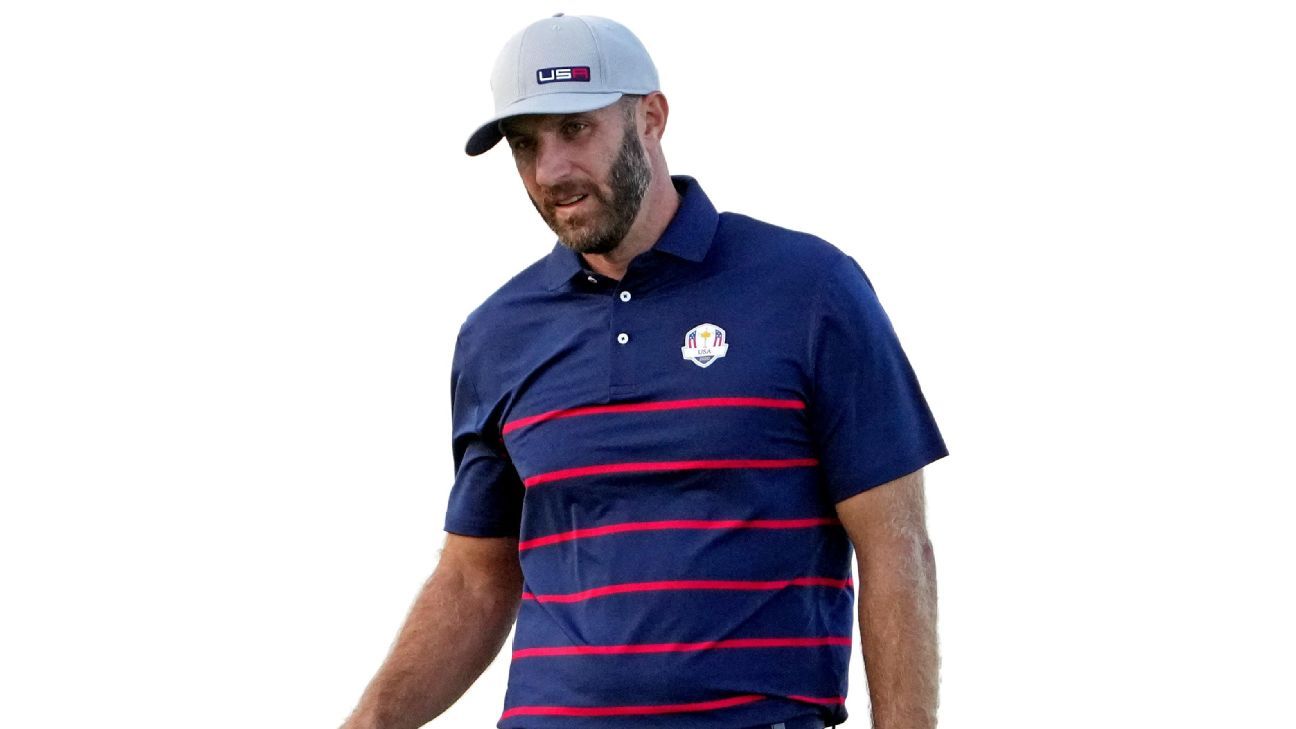 SHEBOYGAN, Wis. — The grandstands were packed before the sun came up over Lake Michigan, and by the end of the day those who filled them and the surrounding property were singing, dancing and enjoying one of the more remarkable days in recent U.S. Ryder Cup history.

Smiling American golfers were part of the scene, too.

The narrative often skews negative when it comes to the U.S. and this biennial competition, but it was nothing but positive on Friday at Whistling Straits, where the Americans built a surprising 6-2 lead, the biggest first-day advantage since 1975. It is also just the fourth time that the Americans won the opening two sessions since the Ryder Cup expanded to include all of Europe in 1979; it also happened in 1979, 2008 and 2010.

Led by Dustin Johnson and Xander Schauffele, who each went 2-0 with different partners, the U.S. surged ahead, going 3-1 in the morning foursomes competition and then not easing off in the afternoon four-ball, again going 3-1.

“From when we walked on the first tee today and finished this afternoon, the crowds have been amazing,” said Johnson, 37, the No. 2-ranked player in the world and the oldest player on the American team. “The fans have been great, and they have been pretty respectful, too, for both sides. It’s been so much fun. Obviously, the fans make this event.”

Of course, it is fun when you are winning, a fleeting feeling for Americans in Ryder Cup play for most of the past two decades.

Three years ago in Paris, the U.S. took a 3-1 lead after the first session, then were swept in the afternoon and never got back into the match, losing for the fourth time in five Ryder Cups.

The U.S. is used to first-session leads in the Ryder Cup — Europe had not held the advantage after the morning going back to 2006 — but all who follow the competition know how little that has meant. Europe has won five of the seven Ryder Cups played in that period, including in 2018 when the U.S. went 3-1 in the morning, got waxed 4-0 in the afternoon and never recovered.

This time, the Americans added to their early lead, with the team of Johnson and Schauffele getting up early on Paul Casey and Bernd Wiesberger in the first four-ball match, eventually winning 2 and 1.

Tony Finau, who had eight 3s on his card, joined Harris English after both players sat out in the morning and added the next point, a 4-and-3 victory over Rory McIlroy and Shane Lowry.

“You just have to enjoy it,” said Finau, who made six birdies. “These people out here cheering us on, you can’t help but enjoy it. I learned that in Paris. I had a great partner in Harris, he really picked me up. We were in play all day and put a lot of pressure on them.”

McIlroy, who also lost with Ian Poulter in the morning, never made it to the 16th hole of either match and for the first time went 0-2 in any session in six Ryder Cup appearances.

But the Europeans did salvage some momentum when Tyrrell Hatton birdied the 18th hole to earn a tie with Jon Rahm against Bryson DeChambeau and Scottie Scheffler. That match was one of the best of the day, with neither team leading by more than a hole throughout.

DeChambeau rocked Whistling Straits when he hit a 417-yard drive on the fifth hole to set up an eagle, but he and Scheffler could never break free. Their match was the first of the day to reach the 18th.

Justin Thomas and Patrick Cantlay battled back from a 3-down deficit through eight holes, tying the match when Thomas eagled the 16th. With the match still tied going to No. 18, both teams made par to gain another tie.

The U.S. lead is the biggest through two sessions since 1975 at Royal Lytham, when the format saw just five matches on each of the first two days: the U.S. led Great Britain & Ireland 7 1/2 to 2 1/2.

U.S. captain Steve Stricker had somewhat surprisingly split the successful foursomes team of Schauffele and Patrick Cantlay — they won easily, 5 and 3, over McIlroy and Poulter.

Schauffele and Cantlay went 5 up through five holes and never looked back, eventually winning 5 and 3.

“The start wasn’t great,” McIlroy said of falling five holes down. “I don’t know if anyone could have beat Xander and Patrick today. They played good, four birdies in a row. Geez, they played great. They were a great pairing today and all you can do is praise them for the way they played.”

Europe has not won an opening session at the Ryder Cup dating to 2006, but that has typically meant little. Europe won that year as well as in 2010, 2012, 2014 and 2018. That’s why the afternoon performance was so important for the Americans.

Thomas and Spieth went 3-1 for the Americans three years ago in Paris and looked to be the best U.S. team. But they lost 3 and 1 to Jon Rahm and Sergio Garcia, and then Spieth sat out in the afternoon. Thomas salvaged a half point with a strong back nine in his afternoon match.

Thomas and Spieth ran into considerable trouble against Rahm and Garcia, who took the lead for good with a birdie at the par-3 seventh and never led by less than two holes the rest of the way. They ended up with a 3-and-1 victory.

“It felt great,” Garcia said. “I knew who I had on my side. I wouldn’t change him for anyone. He was amazing. He made every putt he had to make. Jordan and Justin played well and we had to play really, really well to beat them.”

The Rahm-Garcia tandem made six birdies in the alternate shot format while Thomas and Smith managed just three. They were the lone bright spot for the Europeans for much of the day. Rahm was part of a winning match with Garcia and a tied match with Hatton while Fleetwood and Hovland were the only others to get on the board for Europe.

In the other morning matches, Johnson and Collin Morikawa defeated Casey and Hovland 3 and 2. And Brooks Koepka and Daniel Berger defeated Lee Westwood and Matt Fitzpatrick 2 and 1.