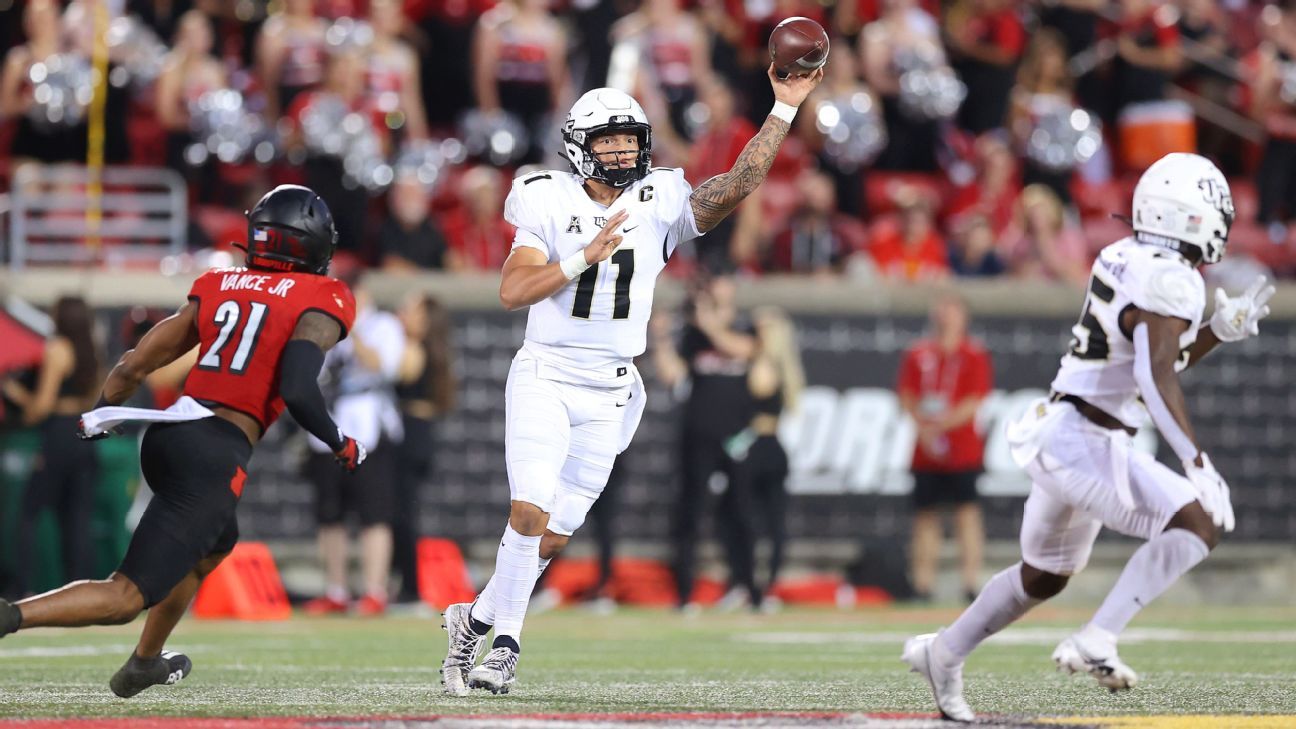 UCF quarterback Dillon Gabriel announced Saturday that he has a broken left clavicle, and there is no timetable for his return.

Gabriel was injured on the final play of a 42-35 loss to Louisville on Friday night, as the Knights tried multiple laterals to try to get downfield. Gabriel picked up a loose ball and was hit hard to the turf. He was carted off the field and afterward had a sling on his arm.

In a tweet, Gabriel said the injury does not require surgery but he does not know when he will be back.

Losing Gabriel is a huge loss for UCF as the Knights move forward in the season. Through three games, Gabriel has thrown for 814 yards, nine touchdowns and three interceptions.