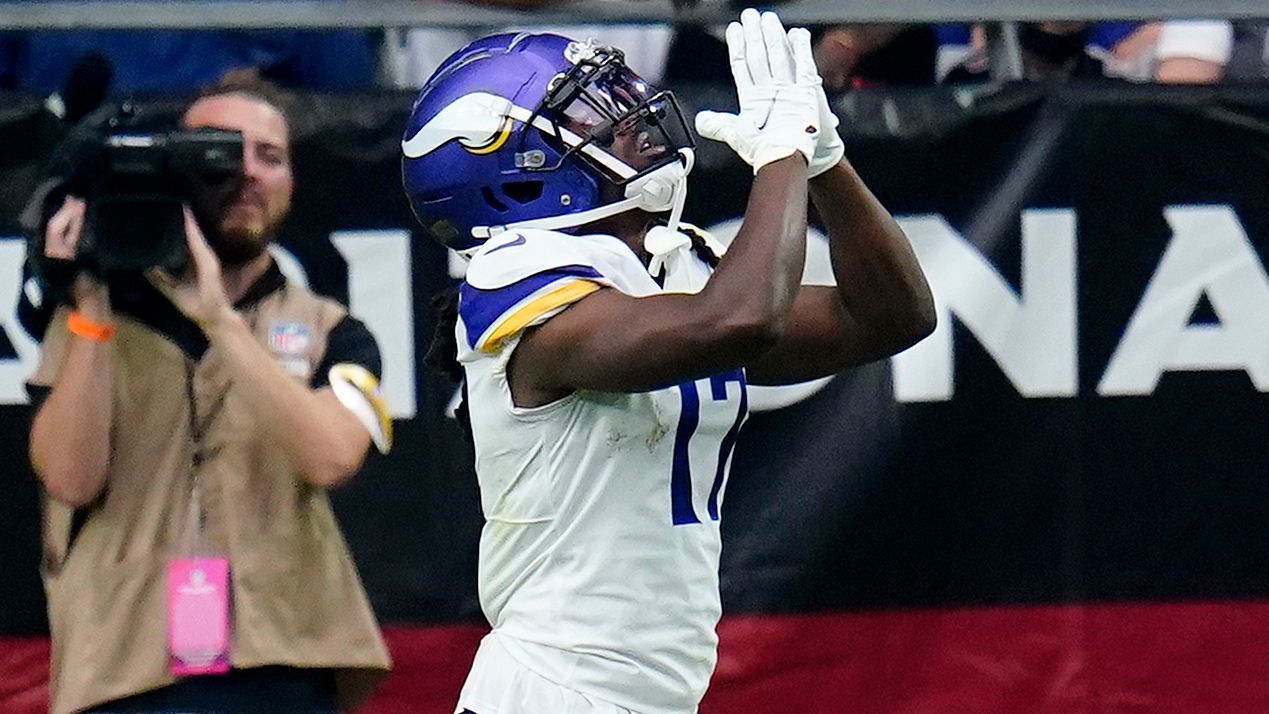 GLENDALE, Ariz. — How’s that for a statement?

One week after the Minnesota Vikings‘ offense struggled in an overtime loss to the Cincinnati Bengals, plagued by penalties and an inability to run the ball and set up play-action, the team went to the well on its first drive at State Farm Stadium on Sunday to earn an early lead over the Arizona Cardinals.

That was fast. #SKOL

On the opening possession of the game, Kirk Cousins & Co. put together an explosive two-play, 75-yard drive that started with an 11-yard run from Dalvin Cook and ended with the Vikings QB hitting wide receiver K.J. Osborn for a 64-yard touchdown off a play-action pass.

Osborn was wide open down the visitors’ sideline and waltzed into the end zone. Kicker Greg Joseph nailed the point-after attempt to give Minnesota a 7-0 lead on a drive that took 44 seconds.

Osborn, who played 67 of 83 snaps against the Bengals, has emerged as the No. 3 receiver in the Vikings’ offense. The 64-yard touchdown was the first score of his career.