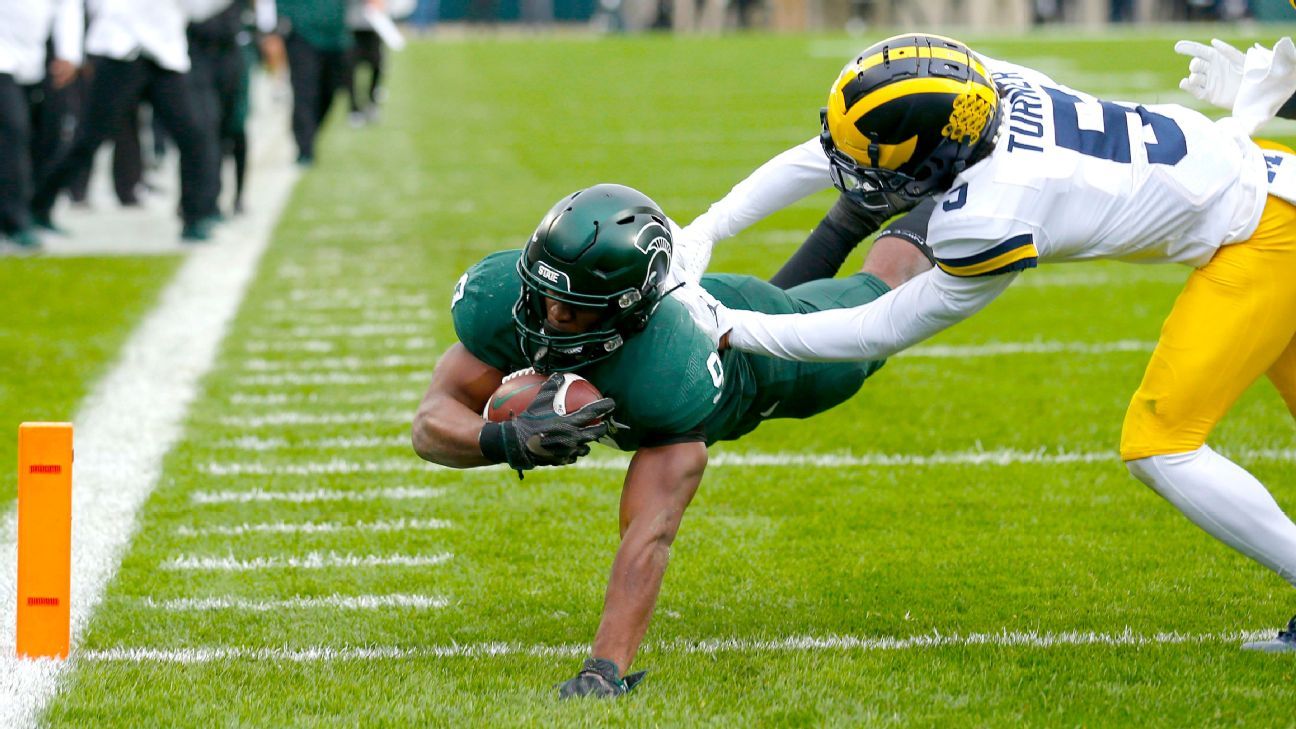 Michigan State‘s Kenneth Walker III had a banner day in the Spartans’ 37-33 win over Michigan on Saturday, running for 193 yards and five touchdowns.

It was his second game this season with four or more rushing touchdowns, which leads all running backs in the FBS. He’s only the third Michigan State player to score five rushing touchdowns in one game, and he’s the first since Javon Ringer had five touchdowns against Eastern Michigan in 2008.

The Spartans put together an impressive second half after trailing Michigan 23-14 at halftime. At one point in the second half, Michigan State had not converted a third down on seven tries, but then rattled off three straight third-down conversions leading to one of Walker’s touchdowns.

It looked as though Michigan was going to have a shot at winning the game, with quarterback Cade McNamara throwing for 383 yards and two touchdowns. The Michigan coaching staff brought in freshman quarterback J.J. McCarthy late in the fourth quarter with a three-point lead, and McCarthy fumbled and lost the ball to the Spartans.

Walker scored on the ensuing drive to take the lead, and although Michigan was able to get the ball back with less than two minutes in the game, an interception by Charles Brantley sealed the win for Michigan State.

Michigan coach Jim Harbaugh is now 3-4 against Michigan State, and the Wolverines are 7-1 on the season. The Spartans are 8-0 for the first time since 2015, when they made the College Football Playoff, and they will take on Purdue on the road on Nov. 6.