Watson, who the Houston Texans traded to the Cleveland Browns nearly two weeks ago, will resume his NFL career after spending 2021 on the sideline while facing 22 civil lawsuits alleging sexual assault and inappropriate conduct during massage sessions.

Watson was not indicted on criminal charges by two separate grand juries in Texas. Now the NFL must decide what’s next. Watson could face suspension under its personal conduct policy.

“Our people are working on it. Obviously, these are serious charges, so we’re looking at this seriously,” Goodell said. “We now at least have resolutions from the criminal side of it. Obviously there are still civil charges that are still going on. So, our investigators will hopefully have more access to information. And that will be helpful obviously in getting to the conclusion of, ‘What are the facts’ and ‘Was there a violation of the personal conduct policy.’

“But that determination will be made by a joint disciplinary officer that was established by the NFLPA and the NFL. … There’s no time frame on that. “

For his part, Watson said Friday he is focused on clearing his name.

“I never assaulted, I never disrespected and I never harassed any woman in my life,” said Watson, who indicated he would continue to fight the lawsuits.

“That’s not my intent,” said Watson, when asked if he would consider settling. “… That’s what I am focused on.”

Here’s what to know about Watson’s future on and off the field as the lawsuits progress, the NFL continues its investigation and the Browns look to prepare for the 2022 season.

What’s next for Watson regarding the 22 lawsuits?

Unless the lawsuits are settled, court documents show the next step after the discovery phase is a pretrial conference, currently scheduled for early May.

Tony Buzbee, the attorney for the plaintiffs, told ESPN recently he has completed six depositions with Watson, including two last week before Watson flew to Cleveland to complete his physical and hold his introductory news conference.

Buzbee said he has 17 depositions with Watson remaining, including a final session “with him just in general.” Two of those depositions are scheduled for Wednesday in Houston.

Earlier this month, two grand juries in Texas declined to indict Watson on 10 criminal accusations. Watson now has no known criminal cases pending. But while Harris County, which includes Houston, and Brazoria County, which is south of Houston, have closed the criminal cases, civil cases were filed in other states including Arizona, California and Georgia.

Buzbee, who is focused on the civil cases, said Ashley Solis, the first plaintiff to file a lawsuit against Watson, would have her case tried first. He said that could happen next year, as early as February or March.

“We have a pretty tight schedule getting [Watson’s] depositions done, so we can get the case in a posture so that we can try it,” Buzbee said. “Because we have to try 22 different cases.”

What’s next from the NFL?

The looming question hanging over Watson and the Browns is: Will he be suspended by the NFL, and if so, for how long?

First-time offenders who violate the league’s code of conduct policy involving “dating violence” and “sexual assault involving physical force” are subject to a baseline suspension of six games without pay. That baseline figure is a guideline, however. In truth, a suspension could fall below or above six games, depending on the NFL’s ultimate judgment on the circumstances.

Because of the way Watson’s contract is structured, with $1.035 million in base salary for 2022, Watson would lose less than $60,000 per game if he is suspended this season. Cleveland Browns GM Andrew Berry denied Watson’s contract was structured to lessen the financial penalty in case of suspension, noting it was intended to give the team “maximum flexibility to execute the rest of our offseason plan.” 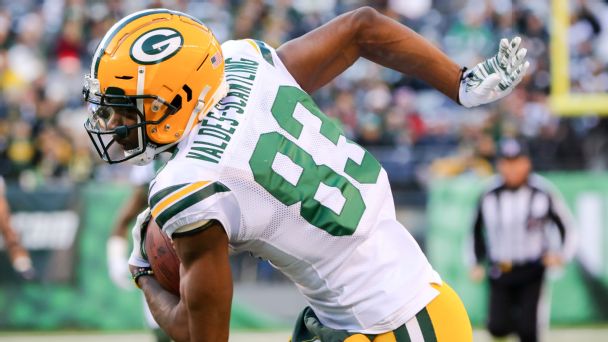 Goodell said Tuesday the structure of the deal “would not restrict our ability to impose discipline.” That’s because the league’s personal conduct policy indicates “discipline may be a fine, a suspension for a fixed or an indefinite period of time [or] a combination of the two.” In other words, the NFL could ostensibly fine Watson in addition to suspending him without pay.

Watson said Friday that Cleveland’s record contract offer of $230 million in guaranteed money — the richest in NFL history by $80 million — “had nothing to do with” him picking the Browns over the Atlanta Falcons, Carolina Panthers and New Orleans Saints.

Browns owners Jimmy and Dee Haslam, who met with Watson in person in Houston before trading for him, were not at Friday’s news conference. They did hold a Zoom call with the media later in the day.

Like Berry, the Haslams wouldn’t say whether anyone representing the Browns spoke with the women.

“They were able to read depositions and do a tremendous amount of work to where we became comfortable as an organization,” Jimmy Haslam said.

When asked about the women who had not given their sworn testimony yet, Haslam said he was “not familiar with exactly how many [depositions] have been given.”

Buzbee took issue with the Browns for calling their investigation “extensive,” noting that six of his clients had yet to give their depositions.

“They didn’t contact me, and again, I didn’t expect them to, but I would’ve taken their call,” said Buzbee, who added that to his knowledge the Browns didn’t reach out to any of his clients.

Goodell said the NFL’s investigators, who are separate from the group hired by the Browns, will determine whether more of the women will be interviewed. Goodell also said Watson could be interviewed.

“We will speak to everybody who can give us a perspective and try to get to the bottom line and the facts,” Goodell said.

Watson almost certainly will not be placed on the commissioner’s exempt list, the NFL’s process for keeping players off the field when they are being investigated for criminal matters.

“If that criminal [case] had proceeded, that would more likely have triggered a commissioner’s exempt [list designation],” Goodell said. “At this point, a civil case in and of itself would not do that.

“If there’s a violation of the personal conduct policy, that may trigger something. But that would have more likely triggered some discipline in some fashion.”

What’s next for Watson on the field?

Browns coach Kevin Stefanski said he expects Watson to participate in voluntary workouts, which are scheduled to begin in Cleveland on April 18.

Many Browns veterans skipped OTAs last year, as players from several teams across the league exercised their right in the collective bargaining agreement with the NFL not to attend, based on safety reasons during the COVID-19 pandemic. Stefanski said he’s expecting this offseason to be much different.

“There’s great value in being around your teammates and around your coaches,” Stefanski told reporters Monday from the league meetings, “and Deshaun will be a part of that.”

Without giving specifics, Stefanski also said Cleveland’s offense would be changing, as it transitions from Baker Mayfield to Watson at quarterback.

“When you’re talking about the quarterback position, you better do what that player does best,” Stefanski said. “And that’s what we want to do, ultimately.”

Watson, who went to three straight Pro Bowls before sitting out last season, was one of the top dual-threat passers in the league. In 2020, he completed 70.2% of his passes, threw for 4,823 yards and rushed for 444 more. Watson has 121 combined passing and rushing touchdowns, which is the third most by any player in his first four seasons in NFL history, according to ESPN Stats & Information research.

“There are some things that Deshaun has done in his career that we have done the last couple years,” Stefanski said. “And there’s a few other things that maybe we haven’t featured that we want to do more of now that Deshaun is our quarterback and really match what we’re doing to his skill set.”

Cleveland recently signed quarterback Jacoby Brissett to be Watson’s backup. On Monday, Stefanski acknowledged the possibility of Brissett starting if Watson is suspended.

“That’s something we’ve spoken about,” Stefanski said. “Until we know that final answer — we’re speaking in hypotheticals right now — but we’ve got to be ready whenever a decision is made, potentially to go with Jacoby, or not. So we’ll wait and see what the league has.”

What’s next for Mayfield?

Domonique Foxworth explains why he sees Baker Mayfield starting for an NFL team in 2022.

Almost two weeks after the Browns traded for Watson, Mayfield remains on the Cleveland roster. But, as expected, Stefanski indicated the Browns are planning to part ways with him.

“Everyone understands the situation,” Stefanski said, “and we’re hoping that it is resolved soon.”

Trading Mayfield, however, has proved to be problematic. Mayfield, who will be coming off left shoulder surgery, is guaranteed his full base salary of $18.858 million in 2022 because the Browns exercised the fifth-year option of the 2018 No. 1 overall draft pick last offseason.

What you need to know about the Cleveland Browns:

Mayfield finished last season ranked 27th in the league in QBR. But in 2020, he finished 10th.

“It’s a unique situation,” Stefanski said. “We’ve got to see how it plays out. I think all of us would love an answer yesterday, but that’s not the reality of it.”

At this juncture, Cleveland might have to attach a draft asset or eat a significant chunk of Mayfield’s salary to have any hope of facilitating a trade.

Perhaps that’s why Berry on Tuesday suggested that the Browns might hang on to Mayfield for the 2022 season.

“We feel like we have three good [quarterbacks], and a lot of teams are still looking for one guy, so you don’t mind being deep here,” Berry told reporters from the league meetings. “Quarterbacks are valuable. Baker’s a good player and you can’t have enough good players on your roster. … So, we don’t really feel pressed to rush into anything that’s suboptimal.”

In reality, it’s almost impossible to see how the Browns could bring Mayfield back in 2022. Mayfield had requested a trade on March 17, the day before Cleveland landed Watson. It’s far more likely that Berry is posturing in an attempt to prop up Mayfield’s trade value.

If the Browns are unable to work out a trade, however, they might have to negotiate a release with Mayfield, similar to what they did with wide receiver Odell Beckham Jr. last season. Mayfield would then be free to sign with a team of his choosing at a much lower salary.

Said one NFL executive: “Teams will pounce on him at that point.”