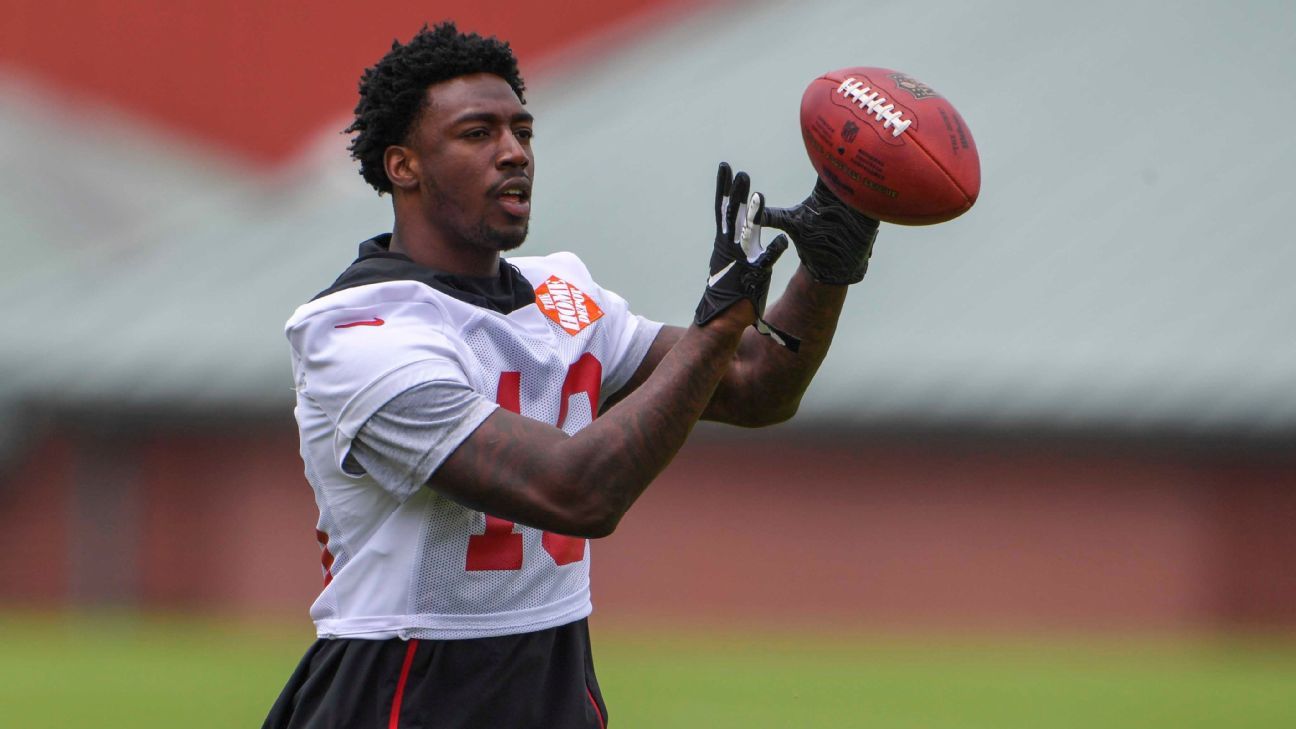 ATLANTA — Falcons wide receiver Calvin Ridley announced Sunday he has to “step away from football at this time” to focus on his mental health.

Ridley missed his second game of the season Sunday to deal with a personal matter after also not traveling to London for the team’s game against the New York Jets on Oct. 10. He played against the Miami Dolphins last week.

“These past few weeks have been very challenging and as much as I’d like to be on the field competing with my teammates, I need to step away from football at this time and focus on my mental wellbeing,” Ridley said in a statement on Twitter. “This will help me be the best version of myself now and in the future.”

Ridley, 26, has 31 catches for 281 yards and two touchdowns this season. He was present at all of Atlanta’s practices this week and was at a community event in the city that was held by the team.

Ridley briefly discussed the personal issue when he spoke with the media on Oct. 21 — the last time he talked with the media — but declined to get into detail about what he’s been dealing with.

Ridley said then he believed it would be a short-term issue.

With Ridley out, the Falcons will look to Russell Gage and Olamide Zaccheaus as receivers along with a continued large role for rookie tight end Kyle Pitts. Atlanta could run more two-back looks with Mike Davis and Cordarrelle Patterson or two-tight-end looks with Pitts and Hayden Hurst.