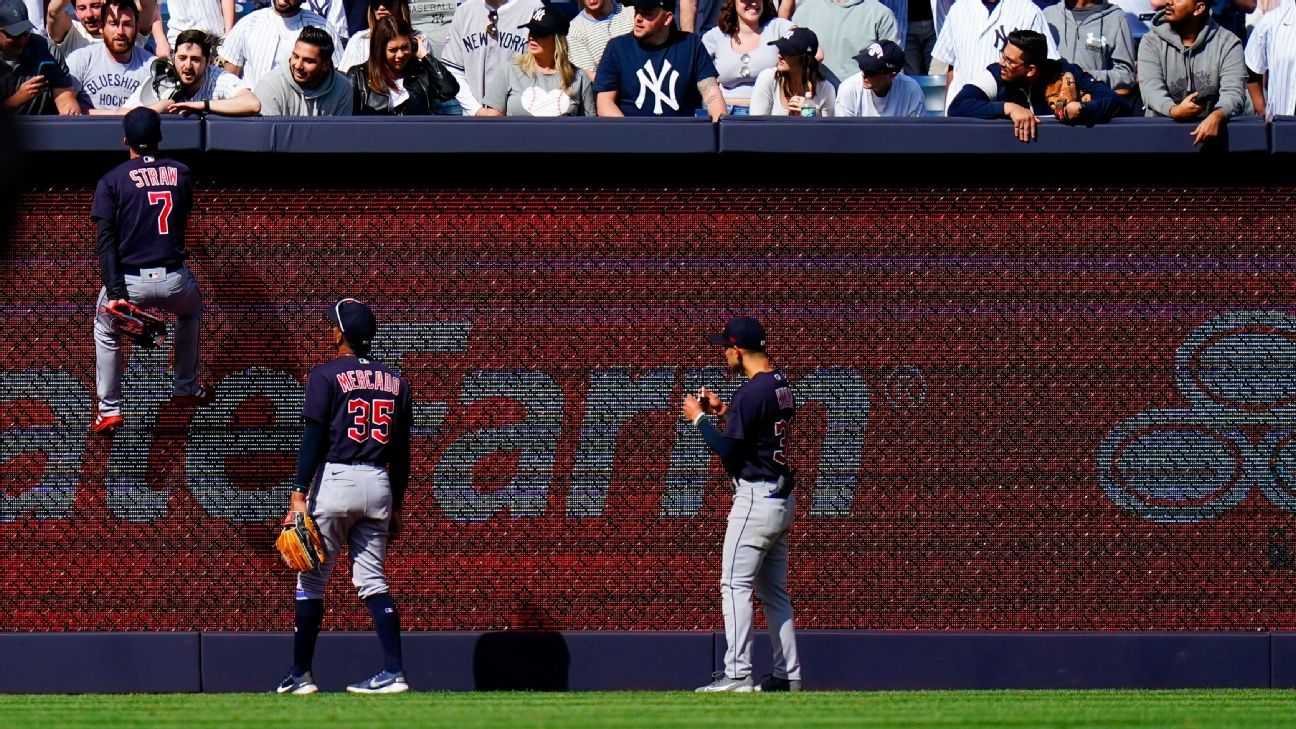 NEW YORK — The Yankees say they’ve increased security in the stands a day after fans threw bottles, cans and other debris at Cleveland Guardians outfielders following a walk-off victory.

The Bronx’s famed Bleacher Creatures greeted Guardians center fielder Myles Straw with chants of “Crybaby!” on Sunday after Straw called Yankees fans the “worst fan base on the planet.” Straw was at the center of a tense ninth inning Saturday that include his face-to-face confrontation with at least one fan.

A security guard was stationed at the bottom of each aisle in right field on Sunday, but otherwise, all seemed normal.

Yankees outfielder Aaron Judge, who on Saturday ran to the outfield and urged fans to stop throwing trash, clapped toward the bleachers as he took his position in right field. He tapped his glove twice to acknowledge the Bleacher Creatures during the section’s “roll call” routine during the top of the first.

Straw received the loudest boos when lineups were announced and got an earful when he took the field in the bottom of the first. Among the barbs: Fans taunted him with cries of “Peter Parker!” after his Spider-Man-like climb up the right field wall to yell at a fan Saturday.

No beers were thrown on the field, but many were raised when New York’s Anthony Rizzo hit a two-run homer moments later.