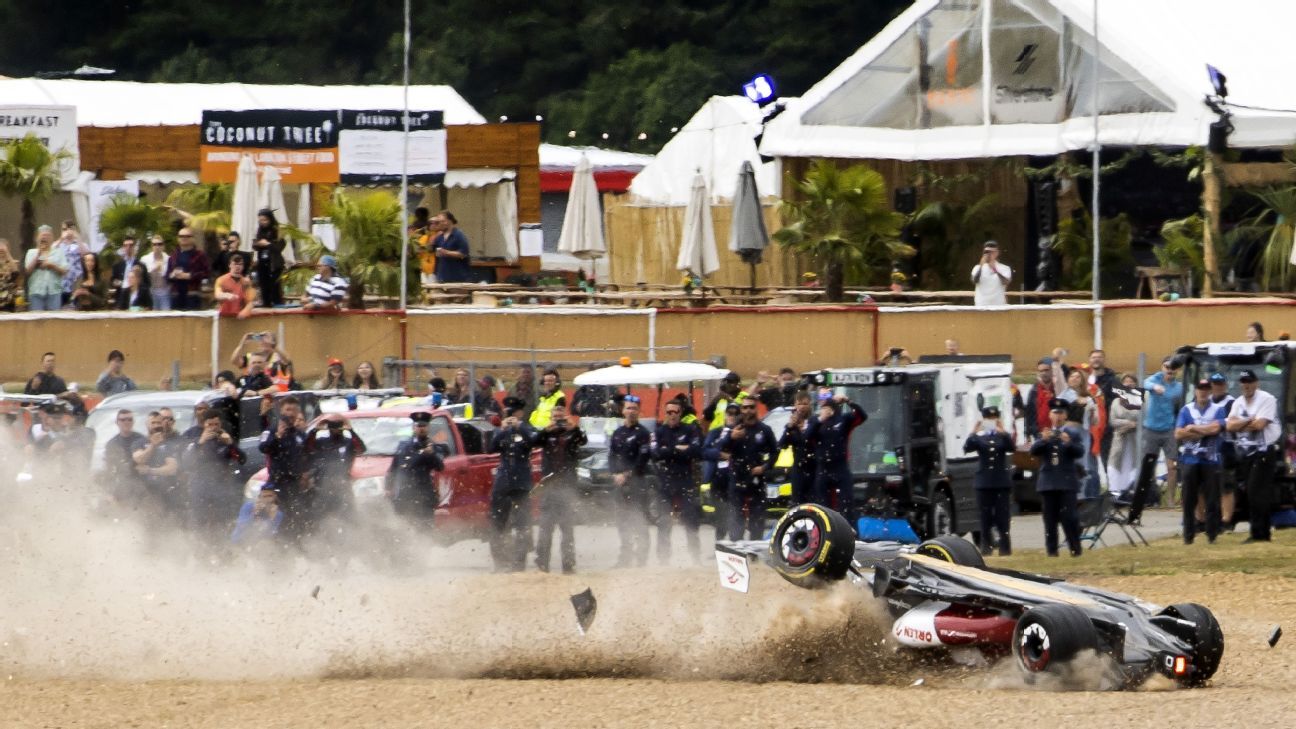 SILVERSTONE, England — The British Grand Prix was suspended before the end of the first lap after two huge collisions involving multiple drivers on the pit straight resulted in Zhou Guanyu’s Alfa Romeo ending up on the wrong side of the tyre barriers at Turn 1.

Emergency crews were immediately in attendance, with Zhou and Williams driver Alex Albon being taken to the medical centre. Both were cleared of major injuries, but Albon will be transferred to Coventry Hospital for precautionary checks while Zhou will remain under observation.

A replay showed Pierre Gasly being pinched between George Russell on one side and Zhou on the other, with contact between Gasly and Russell pitching the Mercedes of Russell into Zhou’s Alfa Romeo.

The energy of the second impact rolled Zhou’s car, sending it upside down through the run-off area before it barrel-rolled over the barriers, only to be stopped by the catch fencing in front of a grandstand.

Albon was involved in a separate incident just moments after, when he hit the brakes for the initial accident and Sebastian Vettel piled into the back of his Williams. The collision between Vettel and Albon pushed Albon into the pit wall before he rebounded back onto the track and collided with Yuki Tsunoda and Esteban Ocon.

Tsunoda, Ocon and Gasly were able to continue back to the pits, while Zhou, Albon and Russell were out of the race on the spot.

Soon after the collisions the race was red-flagged as the leaders headed onto the Wellington Straight, suspending the race.

Separate to the collisions at the start of the race, protesters also broke onto the track further round the lap.

The race was restarted at 3:56 pm local time.