KANSAS CITY, Mo. — Tyrann Mathieu used the pause provided by a two-minute warning during the first half of a Week 6 win over Washington to voice his displeasure with the Kansas City Chiefs‘ defense. On the previous play, the Chiefs allowed Washington to convert on third-and-16 with a screen pass, and Mathieu used much of the ensuing break to remove his helmet and scream toward the Kansas City sideline.

Mathieu continued his tirade on the sideline later, shouting — apparently at no one individual in particular — after Washington finished the drive by scoring a touchdown when the Chiefs blew a coverage.

Even though his teammates were aware of the outbursts, some, at least, are unclear about what he said. That part didn’t matter. They saw Mathieu, as passionate a leader as the Chiefs have had in recent years, going off, and it was time for everyone to fall into line behind him.

“He’s a very emotional player. He loves what he does. He loves the game. That’s all it is. Every player voices things differently. We do love it. It’s just who he is.”

The Chiefs have been following Mathieu’s lead almost from the moment he arrived as a free agent in the spring of 2019. They followed him to the franchise’s first Super Bowl championship in 50 years that first season and to another Super Bowl last season, this one a defeat.

But if ever the Chiefs needed a leader like Mathieu, it’s now. A favorite to win the Super Bowl before the season, the Chiefs have unraveled quickly, mostly because of the consistently substandard play of their defense.

The Chiefs are at a crossroads. At 3-4, they head into Monday Night Football against the New York Giants at Arrowhead Stadium (8:15 p.m. ET, ESPN) badly in need of a victory. For this game and the nine others that remain on their schedule, the bigger-picture question seems to be: Can Mathieu’s considerable passion drag the Chiefs into the playoffs?

It’s a big task. The Chiefs entered Week 8 ranked 28th in the league in both points and yards allowed. The offense is last in turnovers with 17 — five more than any other NFL team — and managed to score only a field goal in last week’s lopsided loss to the Tennessee Titans.

That’s why, at this moment, it’s so crucial to have a player like Mathieu.

“When you have that energy, it’s infectious for the whole team,” quarterback Patrick Mahomes said. “We know Tyrann loves football. He’s not mad because he’s blaming someone. He’s mad because he wants everyone to be great. I think that gets the best out of everybody. He knows how to get the best out of every single person on this team, offensively and defensively. When you see that Tyrann, usually good things happen for us.

“He holds himself accountable as much as anyone else. If he feels he’s not up to par, he’s going to step his game up and he’s going to expect everyone else to do the same. That’s why he’s one of the best leaders I’ve ever been around because he expects that every single play.”

Mathieu’s emotions have spilled into social media recently. Fans have been critical of the Chiefs, who were once the favorites to represent the AFC in this season’s Super Bowl. Few of the criticisms seem to have escaped the notice of Mathieu, who unlike a lot of players isn’t ignoring the comments or at least filtering his responses.

He has engaged with many of the people posting comments and went as far in a recent Instagram post to write about Chiefs fans in defending his teammates, “This might be one of the most toxic fan bases in all of sports.”

Mathieu later apologized, saying, “Obviously I’ve got to do a better job of dealing with the negativity.”

But the issue has been a distraction for the Chiefs, who need to put their energy into fixing a sizable pile of on-field problems that have so far prevented them from being the team they and their fans expected.

Coach Andy Reid rarely criticizes any player in public but this week addressed Mathieu’s comments on social media, saying Mathieu needed to do better in dealing with the fans.

The Chiefs knew they were getting an emotional and passionate player when Mathieu arrived. They signed him two years ago not just because he was a two-time first-team All-Pro and a versatile defensive back who could effectively fill a variety of roles from deep safety to nickel coverage. They also wanted a voice in their locker room for defensive players to follow, much as the offensive players have Mahomes.

Honey Badger KNOWS he’s the best in the world 🌎 pic.twitter.com/dUL7DJJSwl

The Chiefs made Mathieu the first piece of their 2019 defensive rebuild. The first thing general manager Brett Veach talked about after his signing was not his playing ability but his leadership skills.

“You can acquire as many great players, as many talented players, as you’d like,” Veach said. “But until you have a catalyst to make it go, things will never work out the way you want. [Mathieu] was the catalyst that we had to have.”

For his part, Mathieu embraced his role as one of the Chiefs’ leaders, along with Mahomes.

“I truly feel like they brought me here, obviously, to make plays, but to kind of set the tempo and set the energy in the building,” Mathieu said. “I’ve always been a team guy. I feel I can go into any locker room and fit in for the most part, really relate to most of the guys in the locker room. That’s all I tried to do here is come in, play my role, be a veteran and be a leader on the defensive side and just try my best to kind of bring the team together and keep the team together whether things are going good or bad.

“For me, it’s about obviously embracing the guys around me and believing in them, but knowing that there’s a certain direction we want to go in and everybody can’t lead you in that direction so a lot of the guys on our side of the ball, we have to really follow somebody in the right direction. Hopefully, I can lead those guys in that direction.”

Mathieu’s emotions haven’t often spilled onto the game-day field as they did in Washington. But it wasn’t the first time. He put his hands on his head in frustration during a couple of plays earlier this season on which the Chiefs got beat for a big pass play.

“You have guys who wear their hearts on their sleeves and just show it all,” safety Juan Thornhill said. “That’s the type of guy Tyrann is. No one looks at him like, ‘You need to calm down’ or anything like that.

“The dude just wants more out of the defense.” 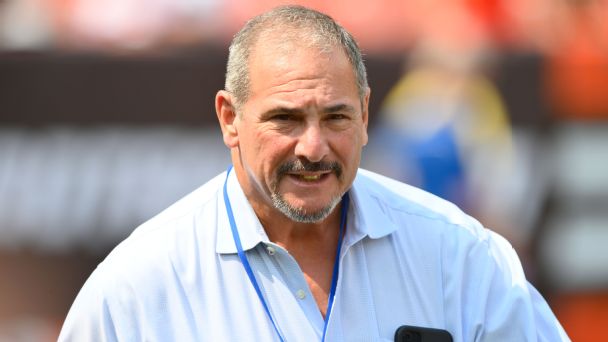 Mathieu has said his emotions in Washington weren’t aimed at defensive coordinator Steve Spagnuolo, his playcalling or a teammate, but were the result of general frustration over giving up a big play.

“Me and him, we’ve got a great relationship,” Mathieu said of Spagnuolo. “He knows me. He knows I’m never mad at my teammates or him. It’s more so the expectations. I want us to play how we practice.”

Mathieu and Spagnuolo had a conversation on the sideline after Washington’s touchdown, and Mathieu seemed to calm down after that.

Spagnuolo said having a player with Mathieu’s passion and willingness to lead was valuable in helping the Chiefs to their two Super Bowl berths and remains valuable at a time like this, when little is working well for the defense.

“He’s the glue,” Spagnuolo said. “He’s the guy that can get in the huddle in practice and say, ‘Hey, we need to step it up.’ You need guys like that. That stuff, I value as a coordinator. It makes my job a lot easier. When you’re a coach and you have a player like that, that helps.

“To get anything out of that kind of passion on game day, a lot of respect has to be built before that. Tyrann has that kind of respect from the rest of the guys. He knows exactly when he makes a mistake so I don’t really need to correct him. If you’re ever around him on Tuesday — that’s the day when we watch the film — he’s as hard on himself as he is anybody else. He might not crack a smile all day Tuesday if he made one mistake the previous Sunday. Sometimes I have to pull him out of that to get him ready for the next game. He’s like that. He’s hard on himself. He wants to be the best. He wants to be the greatest.”

And Mathieu isn’t going to back off now, with the Chiefs’ goals for the season seemingly hanging by a thread.

“They love it when I go crazy,” he said of his teammates. “I don’t know why but they love it. My coaches like it.

“A lot of guys, they feed off me. … I’m extremely prideful in what I do. I think a lot of guys take heed of that. They look up to that.”

The Seahawks pranked their players with a ridiculously unfair fake schedule

The hottest tickets from the NFL’s 2022 schedule release

Jeudy’s girlfriend asks for case to be dismissed